Looking for the most beautiful Sunset Boulevard homes for sale? Check the most recent listings and contact James to find the home of your dreams!

Sunset Boulevard is 22 miles of freedom running through the city’s most beautiful neighborhoods. It is the hallmark of Hollywood. It’s known for its glamorous lifestyle and has even been the subject of famous movies, including the one that bears its name.

Sunset Boulevard is sometimes referred to as Guitar Row because of the large number of guitar stores and music companies that have established themselves there. The iconic recording studios Sunset Sound Studios and United Western Recorders are based here. Many of the actors, musicians and other artists live in the area.

Although Sunset Boulevard is busy and crowded, the private properties located along it are secluded and offer an exclusive view of the city and the Pacific Ocean. Residents are right in the heart of the action while maintaining their privacy.

If you are interested in joining this prestigious community and finding your own piece of land in one of the neighborhoods along Sunset Boulevard, contact James Collin Campbell.

Where is Sunset Boulevard located?

Sunset Boulevard begins on the outskirts of Downtown at the border of Echo Park, more specifically at the junction of North Figueroa Street and Cesar Estrada Chavez Avenue. The 22-mile road ends at the oceanfront north of Santa Monica, in the Pacific Palisades neighborhood.

This legendary route passes through some of the most representative neighborhoods of Los Angeles. The most famous section is the Sunset Strip, a 1.5 mile stretch of Sunset Boulevard that runs through the city of West Hollywood. It goes from West Hollywood’s eastern border with LA near Marmont Lane to its western border with Beverly Hills at Phyllis Street.

What is so famous about Sunset Boulevard?

Sunset Boulevard is one of the most iconic roads in the city of Los Angeles as it passes through world-famous landmarks and reflects the diversity of the different neighborhoods over a distance of 22 miles.

The most famous stretch of Sunset Boulevard is the Sunset Strip in West Hollywood, which is the center of Los Angeles’ nightlife. Some of Sunset Boulevard’s landmarks, both historic and contemporary, include the Beverly Hills Hotel, the Chateau Marmont, the Cinerama Dome, the Comedy Store, the headquarters of the Directors Guild Of America, Hollywood High School and Will Rogers Historic Park. The Strip is also home to many classic concert venues, including the Rainbow Bar & Grill and the Roxy Theatre.

Billy Wilder honored the street with his famous film Sunset Boulevard, released in 1950. The film inspired one of Broadway’s greatest composers, Andrew Lloyd Webber, to write a comedy called Sunset Boulevard as well.

When it comes to real estate, the Hollywood Hills West neighborhood has the most notable enclaves. The Bird Streets district and its Doheny Estates branch are among the most expensive areas in Los Angeles. They enjoy exceptional views and a prime location bordering the famous 90210 zip code.

The Sunset Strip neighborhood is prized by the famous and wealthy for its luxury homes nestled in the heart of the city while offering exclusive views of the entire cityscape. This means that privacy is guaranteed, but the city’s best dining, entertainment and relaxation venues are at your fingertips. If you’re looking for one of the most beautiful homes in the world, chances are you’ll find it here. Contact James to get all the information you need about Sunset Boulevard houses for sale.

Is Sunset Boulevard expensive to live?

The famous roadway runs through different layers of the Los Angeles metropolitan area. You can expect to find both residential and commercial neighborhoods, multi-ethnic communities, hotspots and prestigious enclaves.

In the enclaves located above the iconic Sunset Strip, real estate is significantly more expensive than the average home prices in the rest of the city. The housing available in the area is mostly single-family homes, luxury residences or giant estate complexes. Further down Sunset Boulevard, there are also high-end condos. This type of housing is undergoing rapid development due to the high demand for housing in this location.

What neighbourhoods does Sunset Boulevard cross?

Measuring approximately 22 miles long, Sunset Boulevard has four main lanes along its route. It passes through West Hollywood, Beverly Hills, Echo Park, Silver Lake, Los Feliz, Hollywood, Holmby Hills, Brentwood and Pacific Palisades. The boulevard also runs through the Little Armenia neighborhood and along the northern edge of the UCLA Westwood campus. Are you looking for homes for sale on Sunset Blvd Beverly Hills, or are more drawn to Sunset Blvd Hollywood to find a place to call home? Get in touch with James and he’ll drive you around the boulevard to find the property of your dreams.

Sunset Boulevard is a very busy area, day and night. The experiences you can get are very diverse depending on where you are. Generally speaking, it is a relatively safe place to be, especially since patrols are becoming more frequent. But as with all places filled with big nightclubs and world-famous entertainment venues, it’s best to be cautious when you go there at late hours.

Why is it called Sunset Boulevard?

Sunset Boulevard was originally a small dirt road 600 feet long located near the old Plaza. The development of the city of Los Angeles led to the expansion of the boulevard. Sunset Boulevard was registered in the street department’s records in 1888. From that point on, its popularity grew steadily as the road was graded, paved and pushed further west. Legend has it that the street was named by a city employee who was crossing the westbound boulevard and noticed the beauty of the setting sun.

How long does it take to drive Sunset Boulevard?

From Crescent Heights to the ocean, Sunset Boulevard is about 22 miles long, which is about a 30-minute trip. But it all depends on whether you use this route during rush hour or not, and the type of transportation you use.  Most of the time, traffic is fairly slow, especially during rush hour and in both directions. When there is little or no traffic, however, the boulevard is an extremely fast lane as it has few short-timed traffic signals, especially west of Doheny Drive.

What recent customers say about James

“James is a tireless bundle of energy with the biggest heart. His brilliant mind and understanding of the Real Estate market is astounding. His honesty, integrity and kindness are what make him more special to work with.”

“Mr. Campbell one of the best real estate agents I have ever had, since I own several properties in hollywood and elsewhere. He will go out of his way to help me rent my property out. He is indeed one of a kind. Thank you.”

“I hired James to rent 2 high end apartments during Covid and the fires. James was able to rent both units in 3 weeks and at full asking price! He is always quick to respond and goes above and beyond to make things work perfectly.” 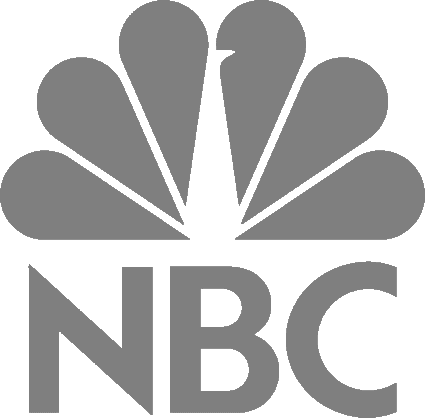 If you fancy a home that was designed by one of the world’s best architects, chances are you’ll find it in Trousdale Estates.

If you’re looking for an immaculate assortment of architecture in LA, Beverly Hills has a great variety of real estate options.

If you’re on your road to success and want to settle in a dynamic neighbourhood that supports your business-oriented lifestyle, Westwood is for you.

If you want to live in both the cultural and geographical heart of Los Angeles, West Hollywood is where you should look for your home.

If you feel drawn to live in a natural environment but don’t want to miss out on the city vibes, Echo Park sounds like a safe bet for you.

If you and your family want to live in a 100% residential neighborhood with a caring community and amazing views of the city, Benedict Canyon is your home.

If you’re attracted to one of the neighborhoods touching the world-famous Sunset Boulevard, James will help you find the perfect place.

If you’re dreaming of a home that’s nestled in the dreamy Santa Monica Mountains and overlooking the city, James can make your wishes come true.

If Bel Air, Holmby Hills or Beverly Hills are your vibe, James and his team will find you the real estate gem you’re looking for.

If you want to feel like Julia Roberts on the daily, you need a home in Rodeo Drive where you can enjoy the best of what 90210 has to offer.

If you don’t want to miss out on what the city has to offer and feel Los Angeles’ pulse, my advice is to call Beverly Center your home.

If you want to enjoy panoramic views of the city from your hilltop mansion, there’s no better place for you than Hollywood Hills.

If you neighbours like Leonardo DiCaprio, Matthew Perry or Jodie Foster, settle in the architectural beauty of Bird Streets.

If you want to enjoy the best views of the Bird Streets neighbourhood, let James show you around Doheny Estates – one of the most exclusive enclaves in LA.

If you want to catch opportunities and shop in fancy stores on a daily basis, Miracle Mile brings the French Champs-Élysées to America to make your dream come true.

If you dream of living in modern high-rise condos, take a walk around Wilshire Corridor with your realtor Los Angeles and he’ll find the one.

Selling and Buying a House at the Same Time

How to Buy and Sell a house at the Same TimeTiming is everything and when you are selling and buying a house at the same time you have to ask yourself one question: Can you buy before you Sell? If you are in the position to be able to buy a new home without having to... 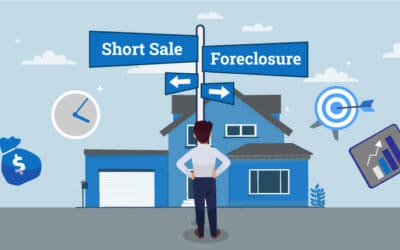 Short Sale Vs Foreclosure Which is better?For Sellers, neither is a good option, but I believe short sales are 'better' because they have less impact on the seller's credit score, sometimes the seller may get relocation assistance from the bank, and it provides a...

Selling and Buying a House at the Same Time

How to Buy and Sell a house at the Same TimeTiming is everything and when you are selling and buying a house at the same time you have to ask yourself one question: Can you buy before you Sell? If you are in the position to be able to buy a new home without having to...