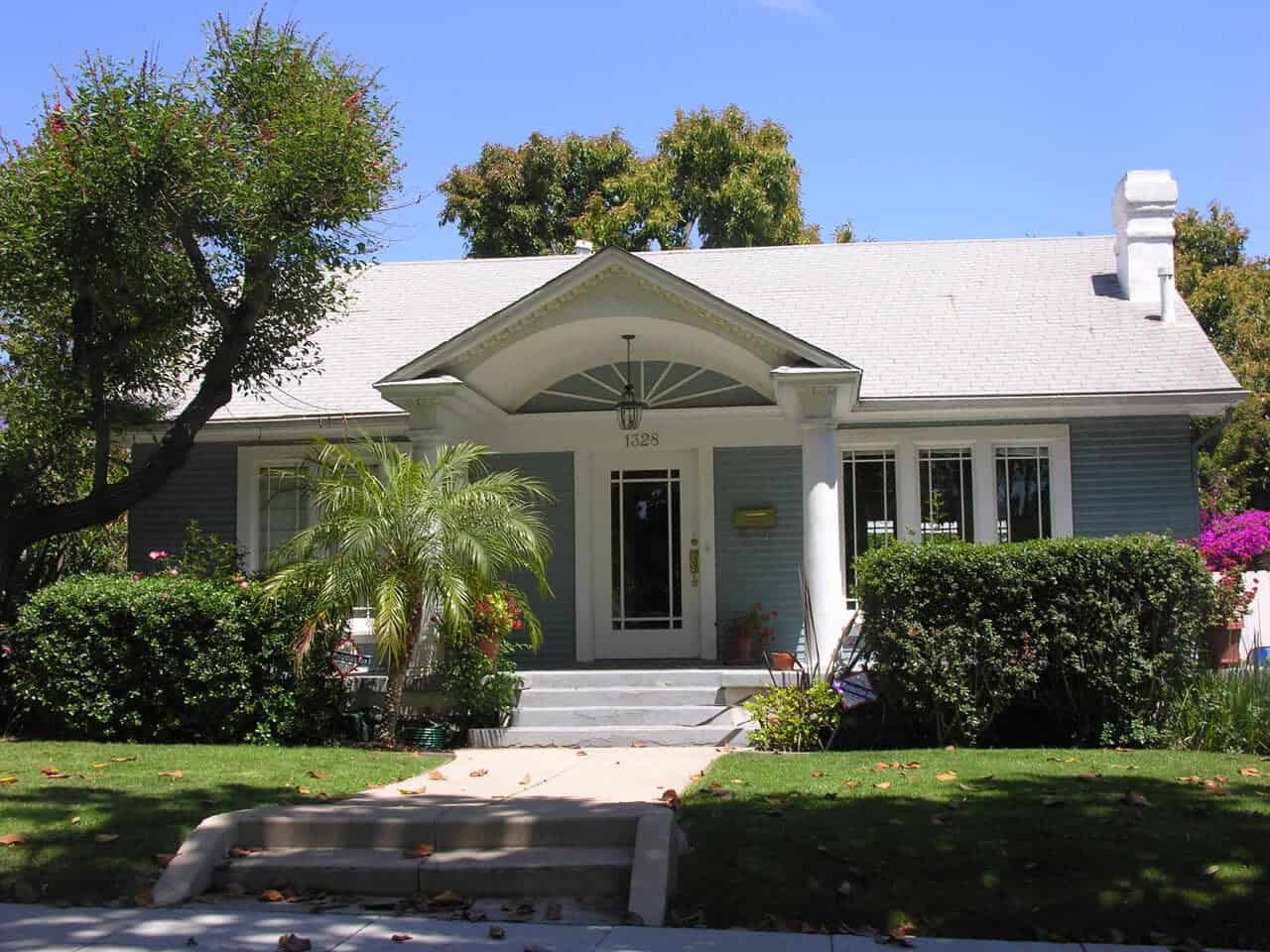 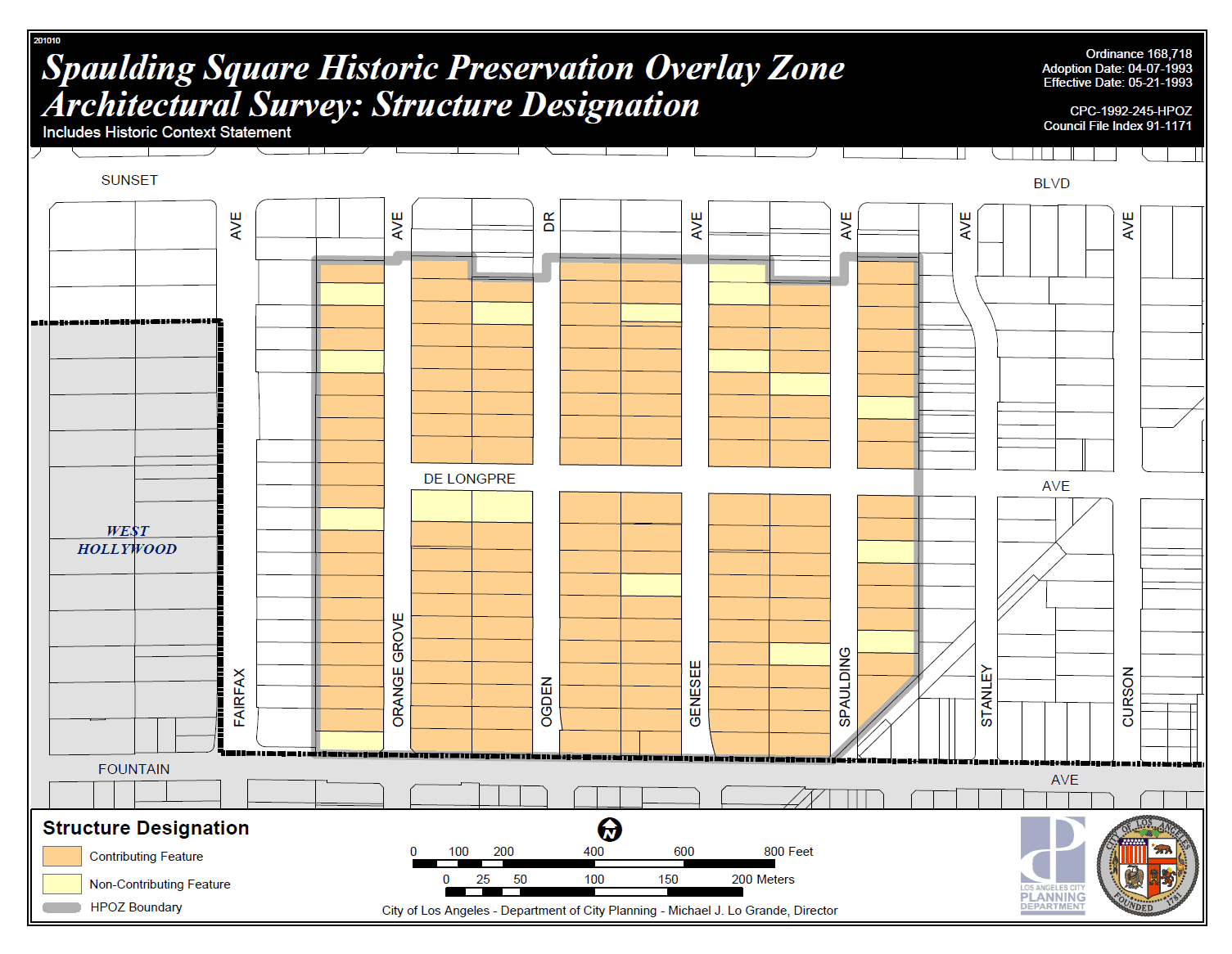 Spaulding Square’s boundaries are sunset boulevard and Fountain Avenue and Fairfax Avenue and Spaulding Avenue Spaulding Square gets its name from its developer A.S. Spaulding who subdivided and built the neighborhood between 1916 and 1926. He acquired the land in 1910 but it didn’t sell well until after World War I ended. Spaulding recognized the great growth potential of the area because it was located just off the Hollywood Line of the pacific Electric railroad and nearby to studios of the burgeoning film industry. 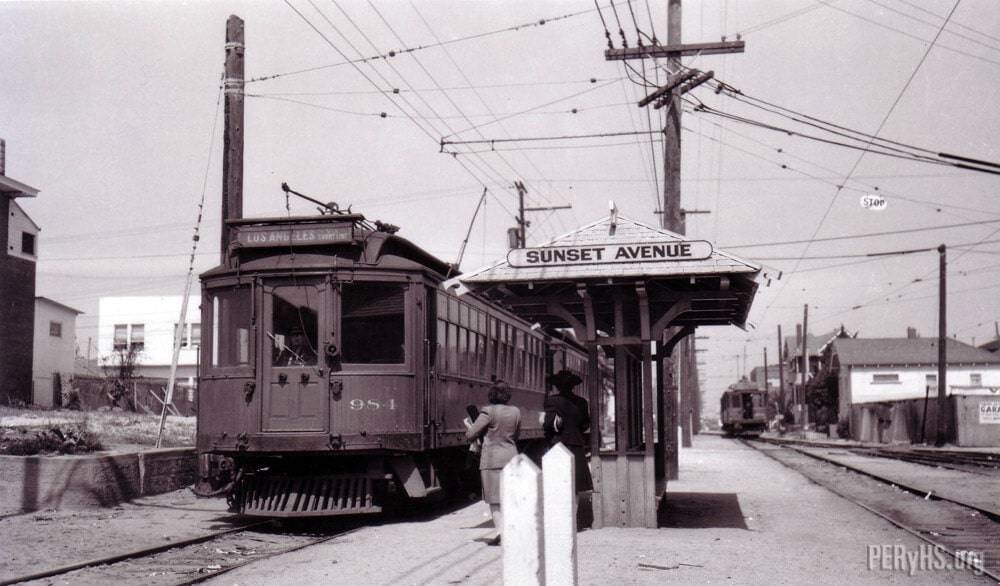 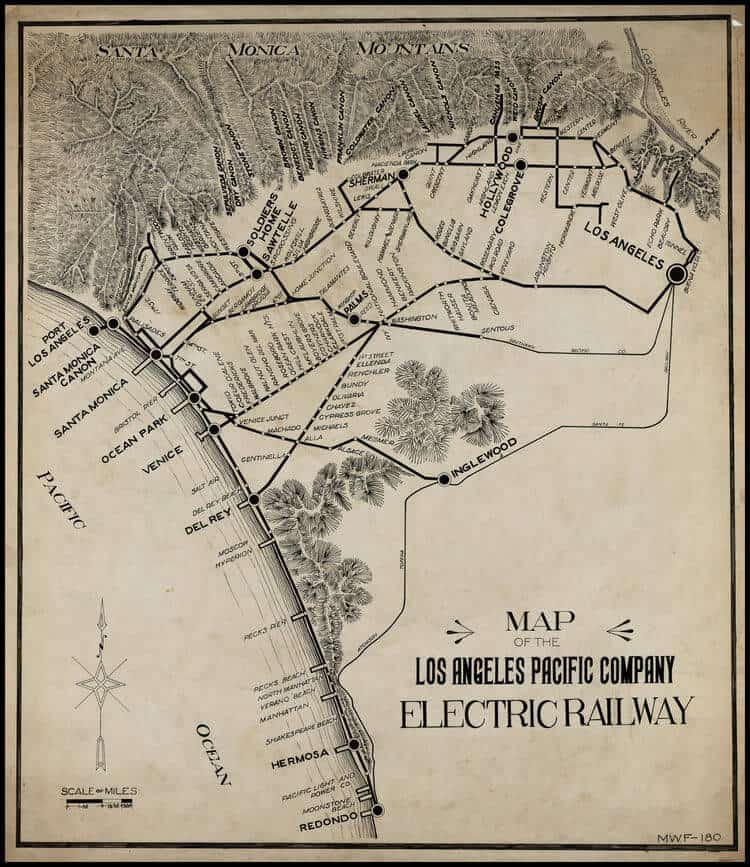 The Pacific electric railroad line at that time stretched from downtown to the ocean, connecting every town along the route. At Highland Avenue the line ran diagonal south for the Hollywood Boulevard line to join the Santa Monica Boulevard line. This diagonal section of track criss-crossed the South East corner of Spaulding Square. 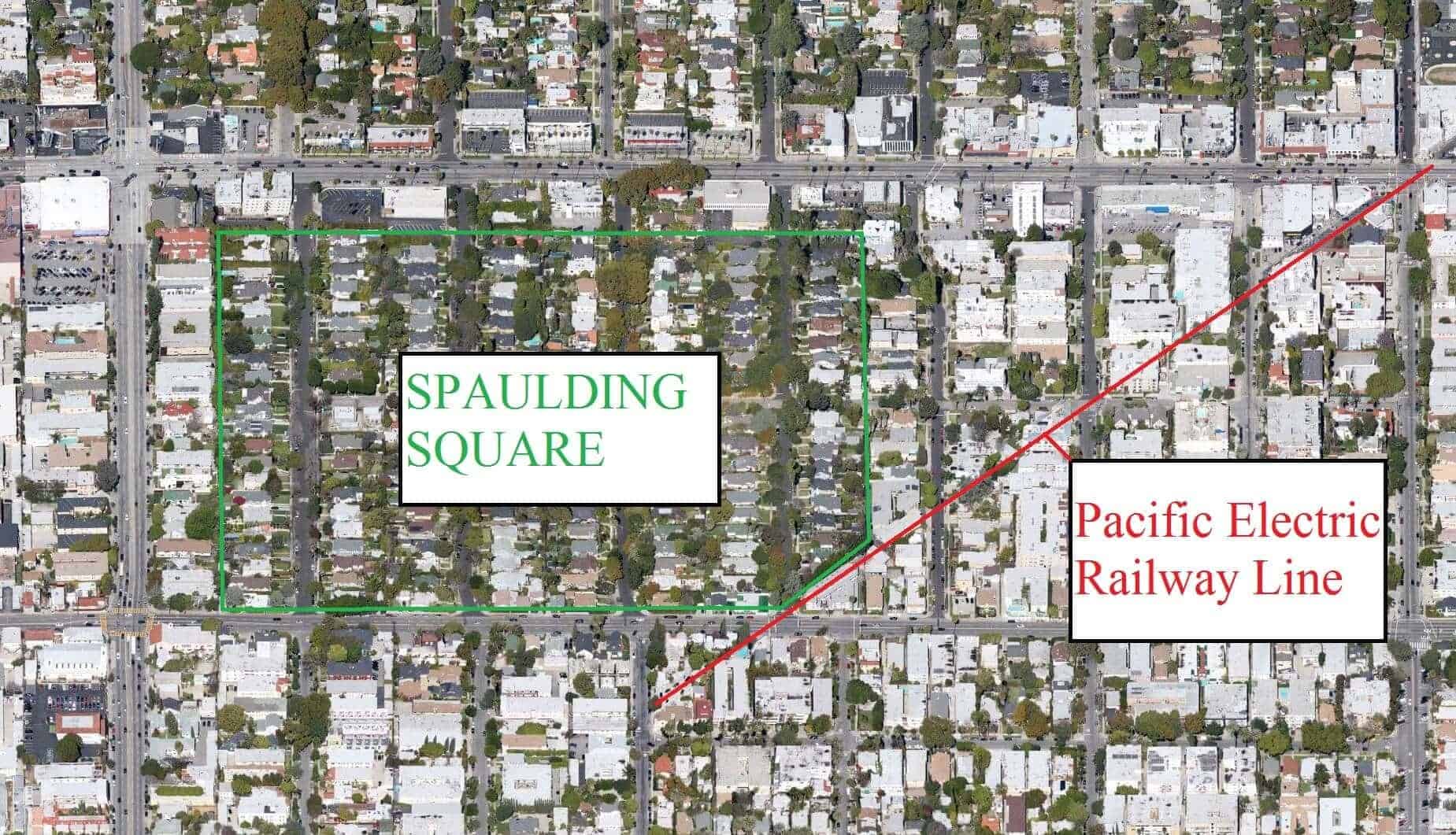 A Hollywood movie boom brought jobs and a need for housing. Two studios that were built nearby were United Artists Studios, and Chaplan Studios. Spaulding Square was a convenient locale for people working at the studios. Many of the early residents of Spaulding Square were silent film stars and directors. Celebrities who once called Spaulding Square home include: Lucille Ball, Hugo Hass, Harold Bucquet, Daniel Fapp, Raymond Hatton, Billy Benedict, Alan Hale Jr. (skipper on Guilligan’s Island), Additional, Spaulding Square is a popular film location these days. Movies such as “Nightmare on Elm Street” (1428 N Genesee Ave) , 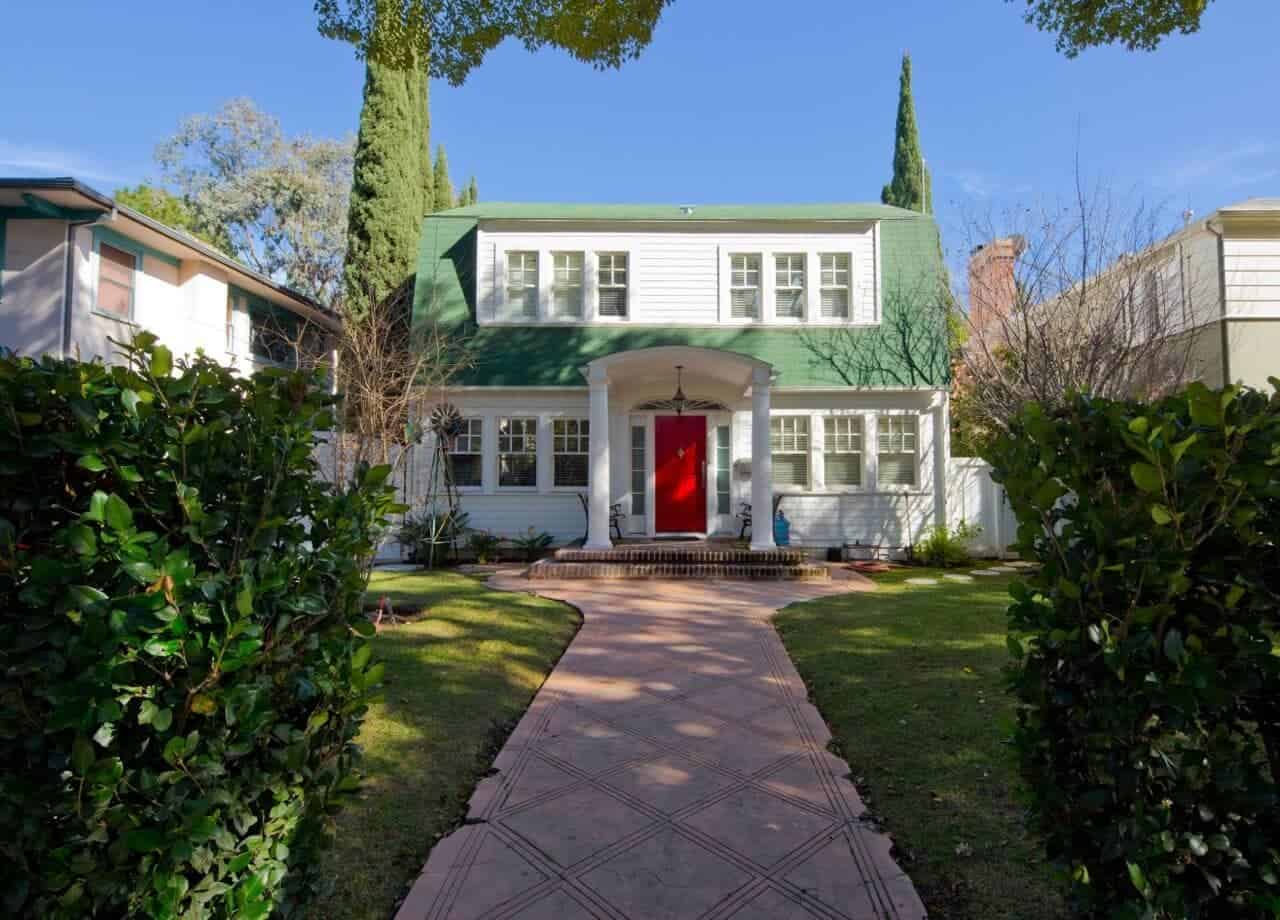 Every house in Spaulding Square has its own charm. The neighborhood is extremely well maintained. The houses are predominantly single story postwar clapboard bungalows, with covered porches, square or round columns, and symmetric facades. Colonial is the most prevalent them, however there are houses with Spanish, Tudor, Craftsman, and Dutch Colonial architectural elements that gives each block a lot of variety. 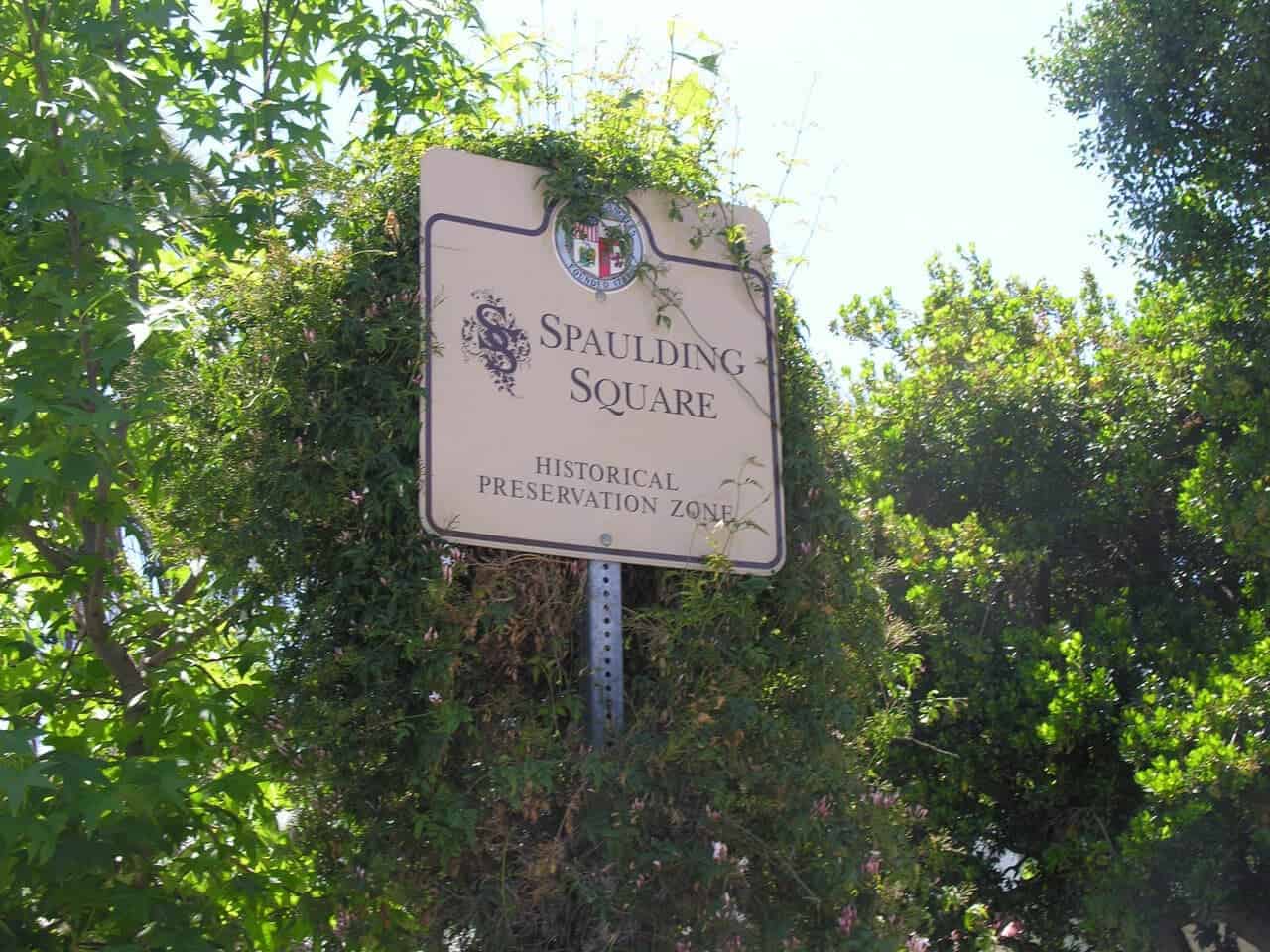 Spaulding Square was designated a HPOZ in 1993.

The Spaulding Square HPOZ Board, meets on the 2nd and 4th Thursday of each month, though meetings are canceled if there are no business items to discuss. Meetings take place at the Hollywood-Wilshire City Hall, at 6501 West Fountain Avenue, Los Angeles, CA

NEIGHBORHOOD   The neighborhood has a very active neighborhood council. The council petitioned the city to install ~35 old style street lamps and planted over 100 trees beautifying the streetscape. . There are couple of big events in the nieghorhood each year put on by the council. They host a neighborhood garage sale in May, and a block party called Harvest Festival in October.