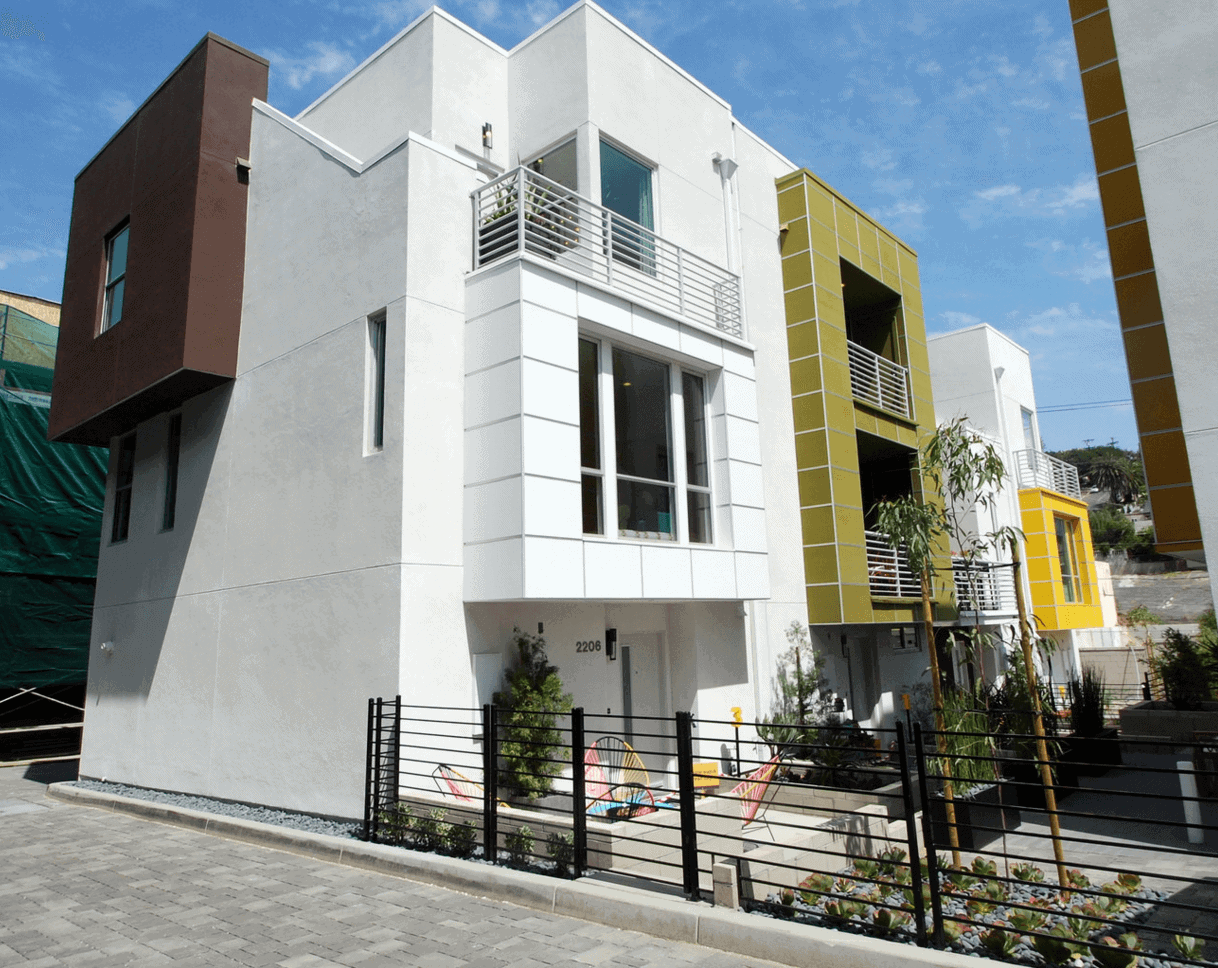 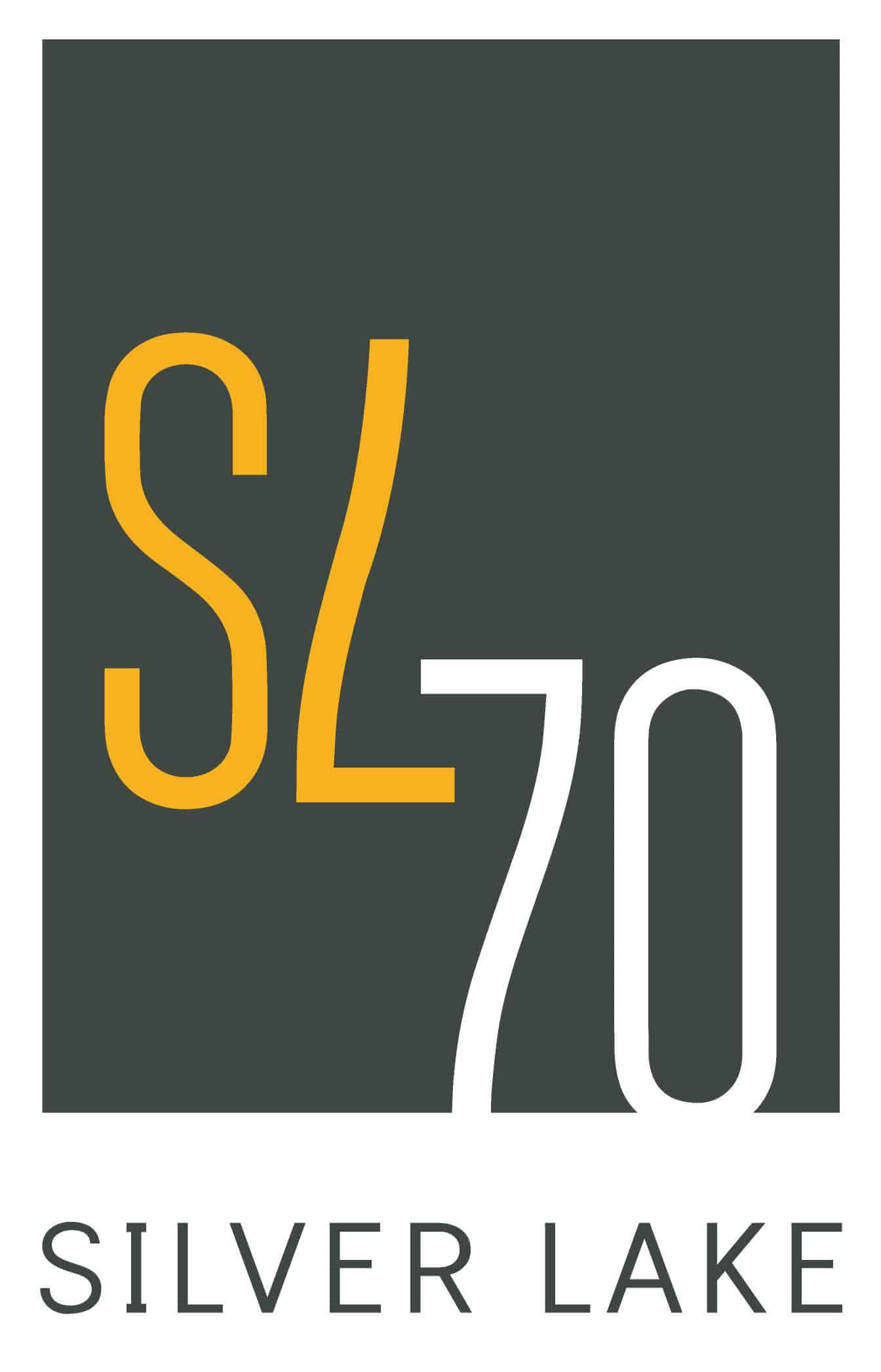 SL70 is 70 small lot homes located right on the border of Silverlake and Echo Park on Glendale Blvd (it’s on the Silverlake side of course!). SL 70 was built by Trumark homes in three phases between 2014 and 2015. JZMK Partners were the architects for this project. Trumark paid $12 million for the 2.3-acre lot. If you like SL70, you might want to check out nearby small lot developments: 36 on Echo, and Morton Village.

One of the interesting things you will notice right away about SL 70 is the community’s interesting street names: Edendale Lane, Silent Era Drive, Fox Lane, Tom Mix Road, Polyscope Place, Selig Drive. The developer wanted to pay homage to the very interesting history of this area with SL70’s street names. In 1909, this neighborhood was home to Los Angeles very first silent movie studio! 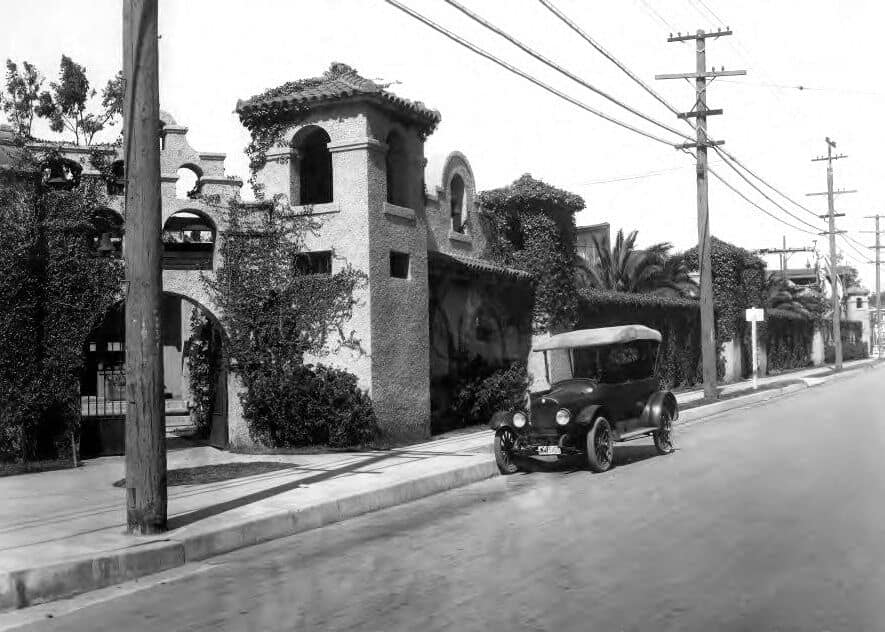 It was called Selig-Polyscope Studio named after its owner William Nicholas Selig. Several Studios sprung up around Selig Polyscope and from 1910-1920 when they were in their heyday, hub to the burgeoning Los Angeles silent film industry. Back then the area was called Edendale, a name which has fallen by the wayside and encompassed parts of Echo Park, Los Feliz, and Silverlake. 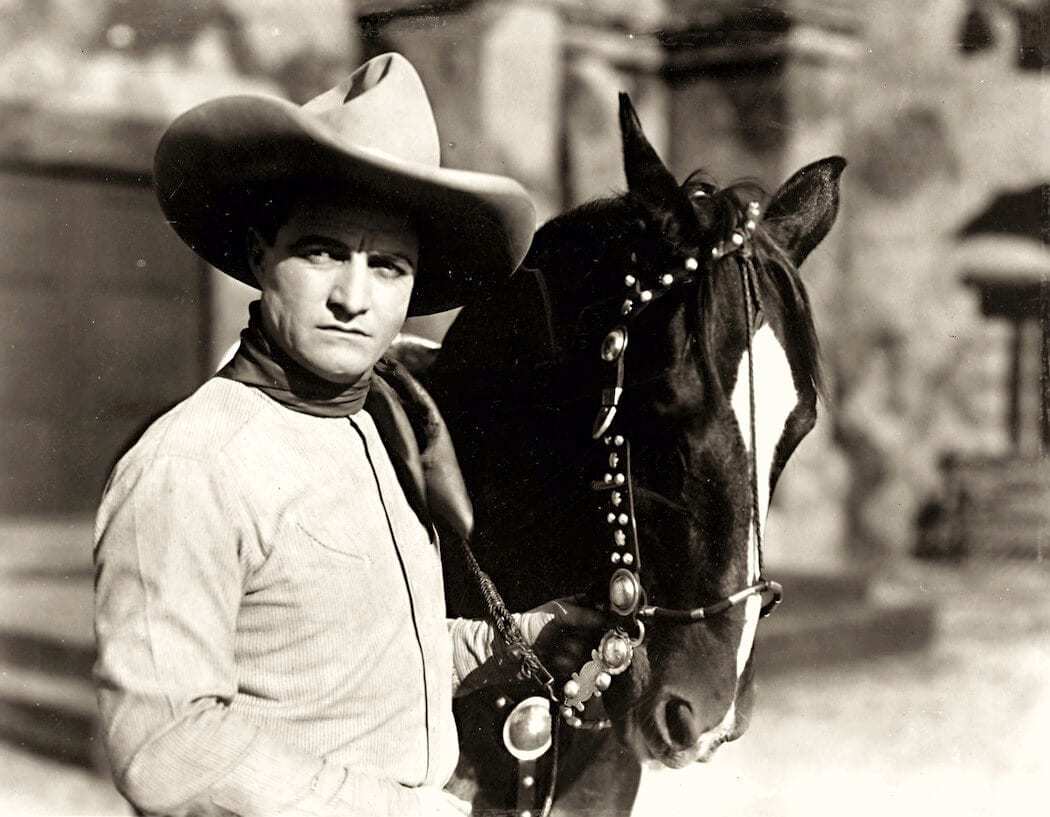 Tom Mix was Selig studio’s Western star- he always wore his trademark 10-gallon cowboy hat. Fox Lane in SL 70 is named after Eponymous Fox Studios founder William Fox who came to the neighborhood later in 1917. Fox bought Selig studios which were struggling financially at that time.

Fox had played Selig studio silent films (among other studios like Boigraph, Essanay, Kalem, Lubin, Pathe, Vitagraph), in his numerous East Coast movie theaters. Starting in 1915, Fox expanded from building and buying movie theaters to also producing films. The Selig studio was Fox’s first studio on the West Coast. He wasn’t there long though, a year later in 1918, Fox moved from the Selig lot, which was .75 acres to a 15-acre site at Sunset and Western. After Fox left the Selig studio changed owners a few times and then fell into disrepair and was demolished. The advent of Sound in motion pictures, known as “talkies” in the 1930s and the rapid expansion of the movie industry in Los Angeles, quickly left humble Elendale behind as filmmakers moved to more glitzy and glamorous Hollywood. Does a bit of “silent era movie magic” still linger in the air? It is rumored that Charlie Chaplin invented his famous little tramp character here. Perhaps it does.

Location
Glendale Blvd is a major thoroughfare. It reminds me a lot of Olympic Blvd in Miracle Mile, although it is much shorter. Six lanes of traffic traveling both ways. SL 70 is very close of the entrance to the 2 freeway which takes you straight to Glendale, and the 5 FWY which will take you to Burbank. Downtown Los Angeles is a hop, skip, and a jump. Not to mention you live in Echo Park/Silverlake.

SL70’s location isn’t very walkable. The length of Glendale Blvd from Sunset to the (2) FWY doesn’t have that many points of interest right now. I expect in the future to see more business move in as the area is currently undergoing an urban renaissance. There is a hip Hot Yoga studio right next store called Modo Yoga and a Vintage Record Store, Mono Records, to pick up some rare vinyl. If you are a musician Bedrock studios will be right up your ally- you can rent a practice space there. Bedrock also has a cool pinball room for retro gaming. More likely than not you will be doing your grocery shopping at Vons at Glendale and Montana (I love the architecture of that place, reminds me of Lautner’s Garcia House).

SL70 may not be very walkable, however, it is absolutely bikable. you are just a short bike to Silverlake Reservoir and dog park, although SL70 has a small dog park on site and all the business and restaurants on Sunset Blvd. 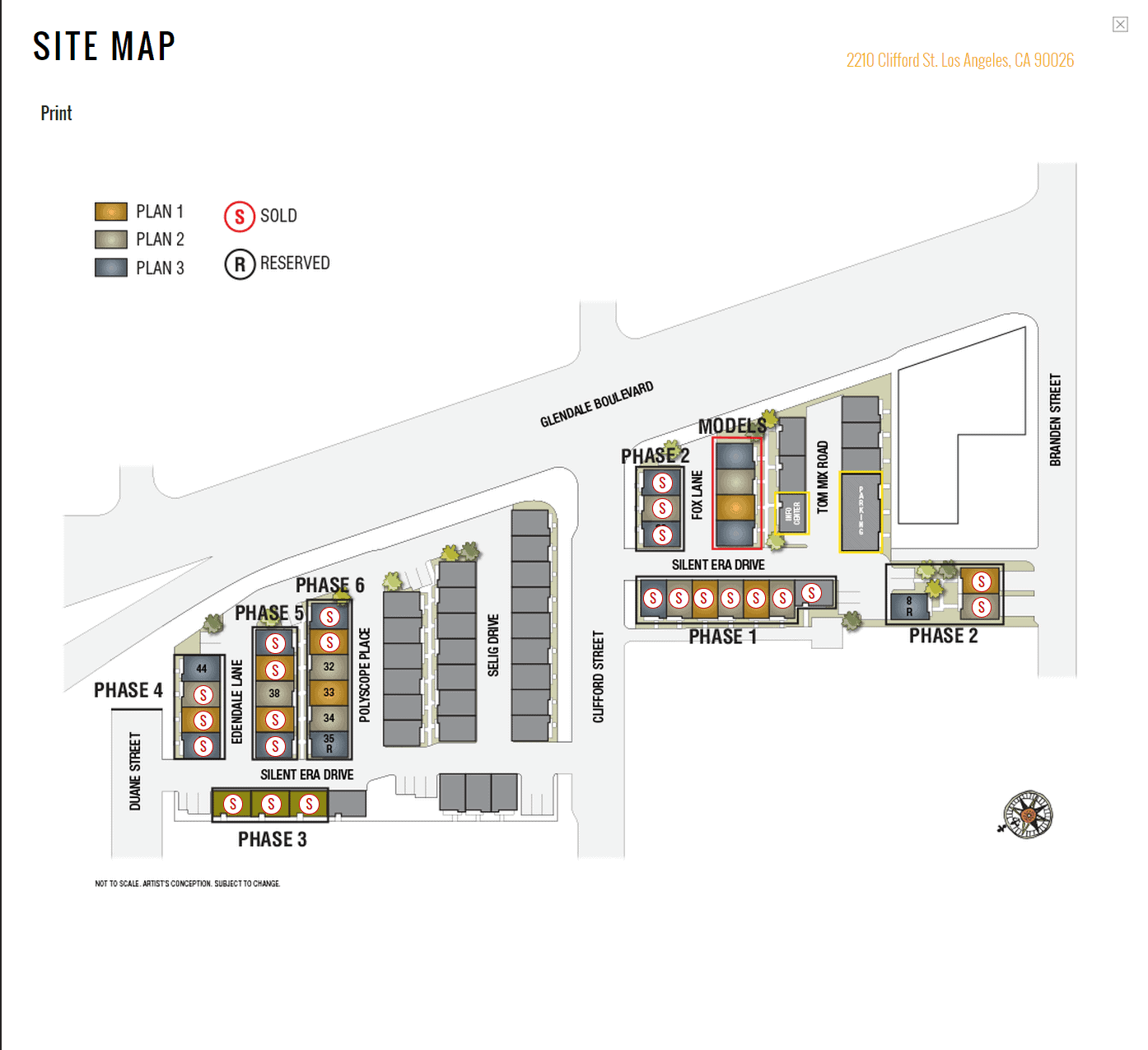 Like many small Lot Developments these homes are designed as 3 story townhouses to maximize square footage, with roof top decks in lieu of a yard (except for floor plan 1 which has no rooftop deck), and side by side 2 car attached garage.It is not cost effective to add elevators so there are stairs to each level. 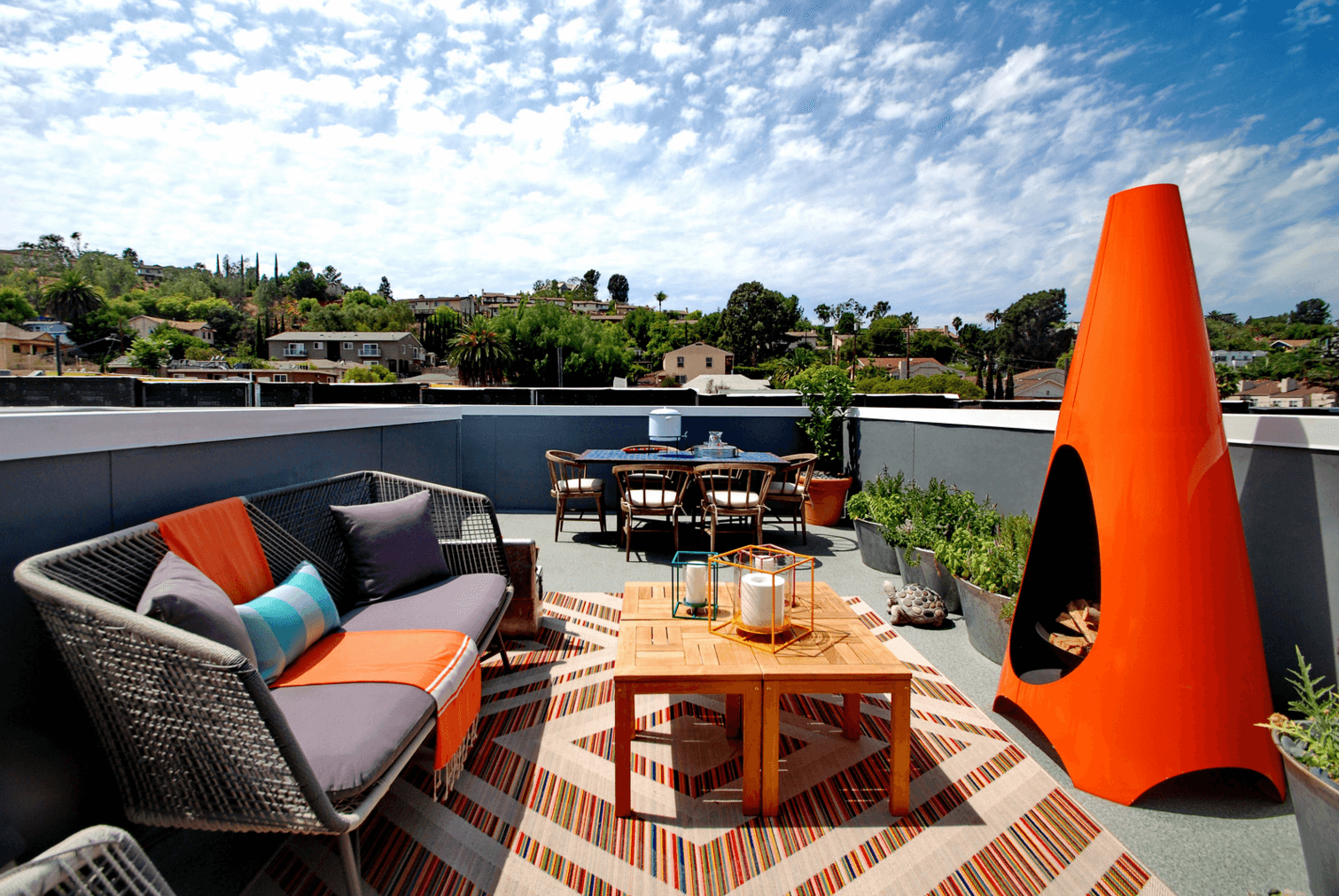 What the smaller size means for owners is that bedrooms are going to be a little tight and not have as much closet space. Another space saving trick the developer used was they moved the powder room which usually goes on the second floor along with the open living room, dining room, and kitchen, to the downstairs off the entry and two car garage on the ground level. The Laundry room is a laundry closet which is big enough for a stackable Washer Dryer but not a side by side. It’s a little inconvenient for guest to walk downstairs to use the powder room but not a big deal- I’d be happy I have a powder room in the first place!

These homes have an outstanding price for new construction in this area. 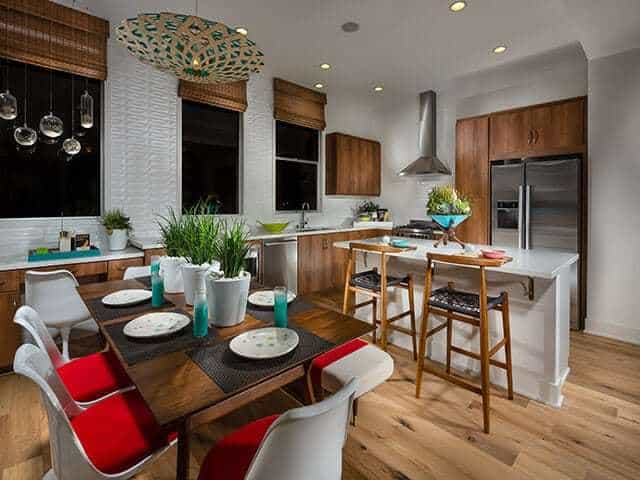 Kitchens are tricked out with Bertazzoni 30” stainless steel range, Bosch Dishwasher, Microwave, and fridge. The kitchens have Quartz countertops, an island with room for seating, and European style cabinets. You get beautiful hardwood flooring on the second floor (**cough cough** Morton Village tile) and carpet in the bedrooms upstairs. 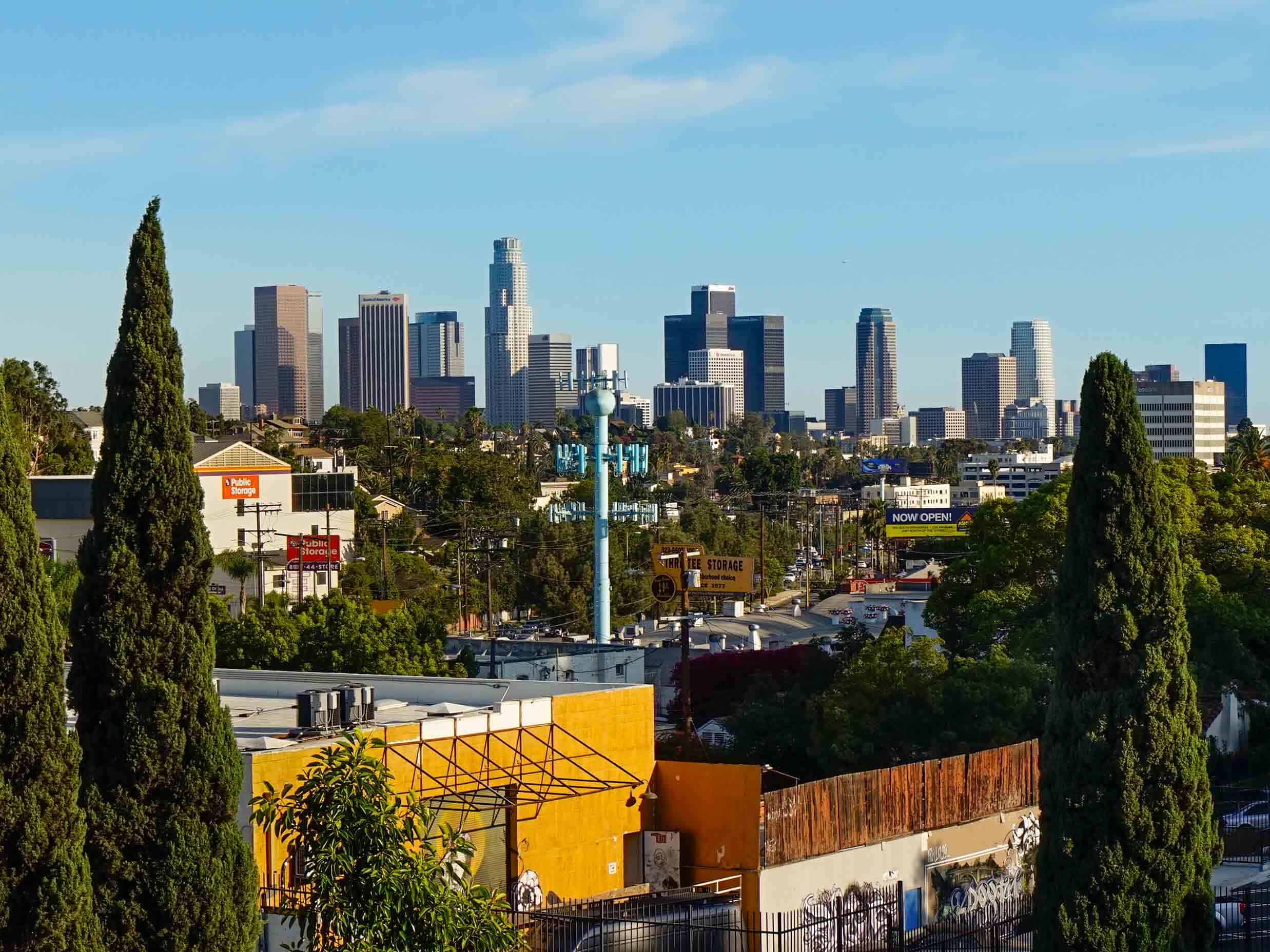 You get a surprising amount of view from the rooftop balcony. 10-foot high ceilings in the Living Room and Tankless water heaters.

Homes that are closer to Glendale Blvd will get street noise so I’d expect them to sell at a slight discount to homes further away from Glendale Blvd. 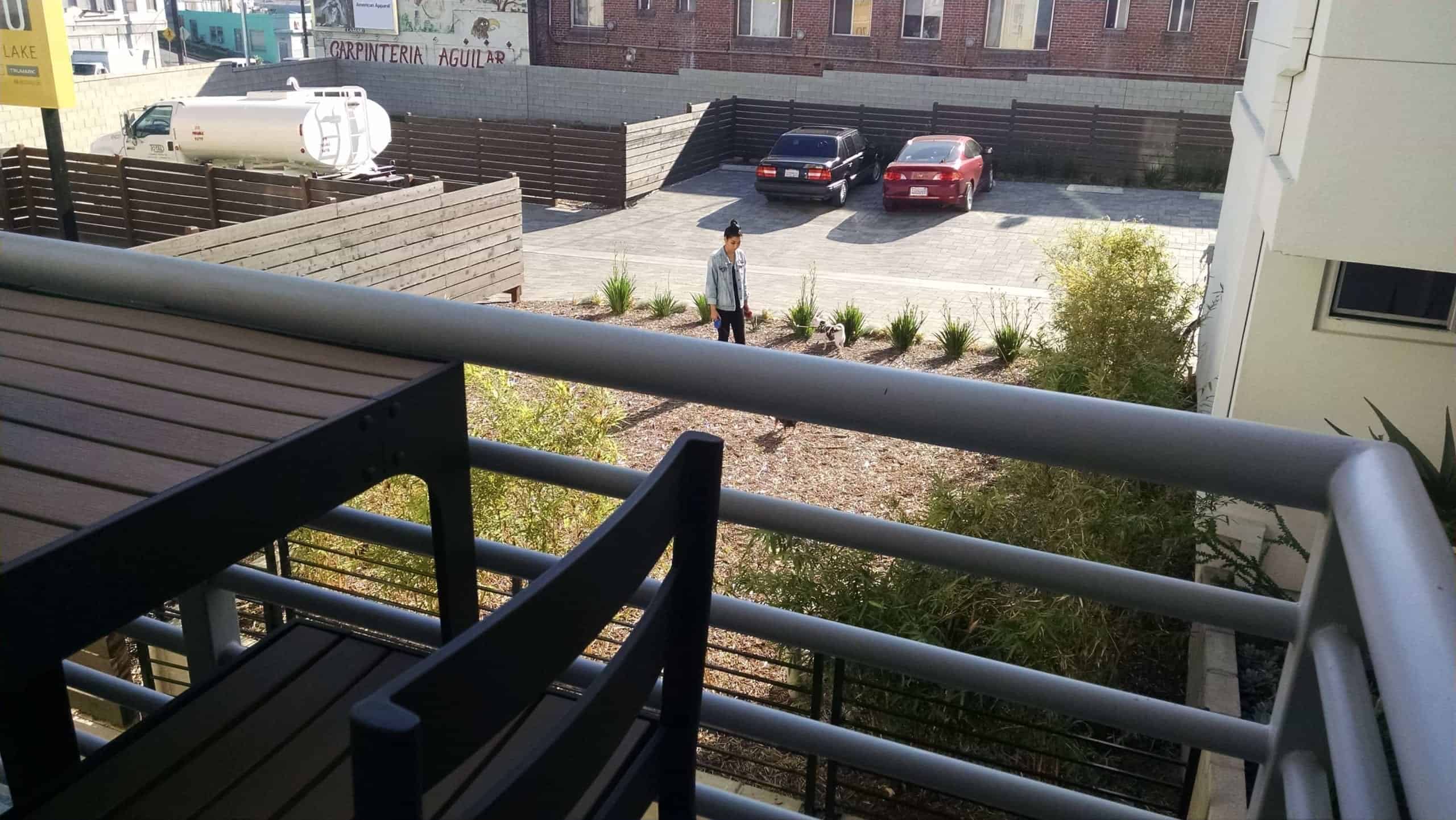 There is a small dog park on the property, otherwise, there are no other amenities.

There is no HOA per se since these properties are technically houses where you own the land underneath and they share no common walls. However, there is modest maintenance fee to maintain the common area driveways. It’s important to remember that unlike a condo, you are responsible for the maintenance on your home.

Are you ready to see this incredible property? Have any more questions? Please call me directly at (310) 388-7332.