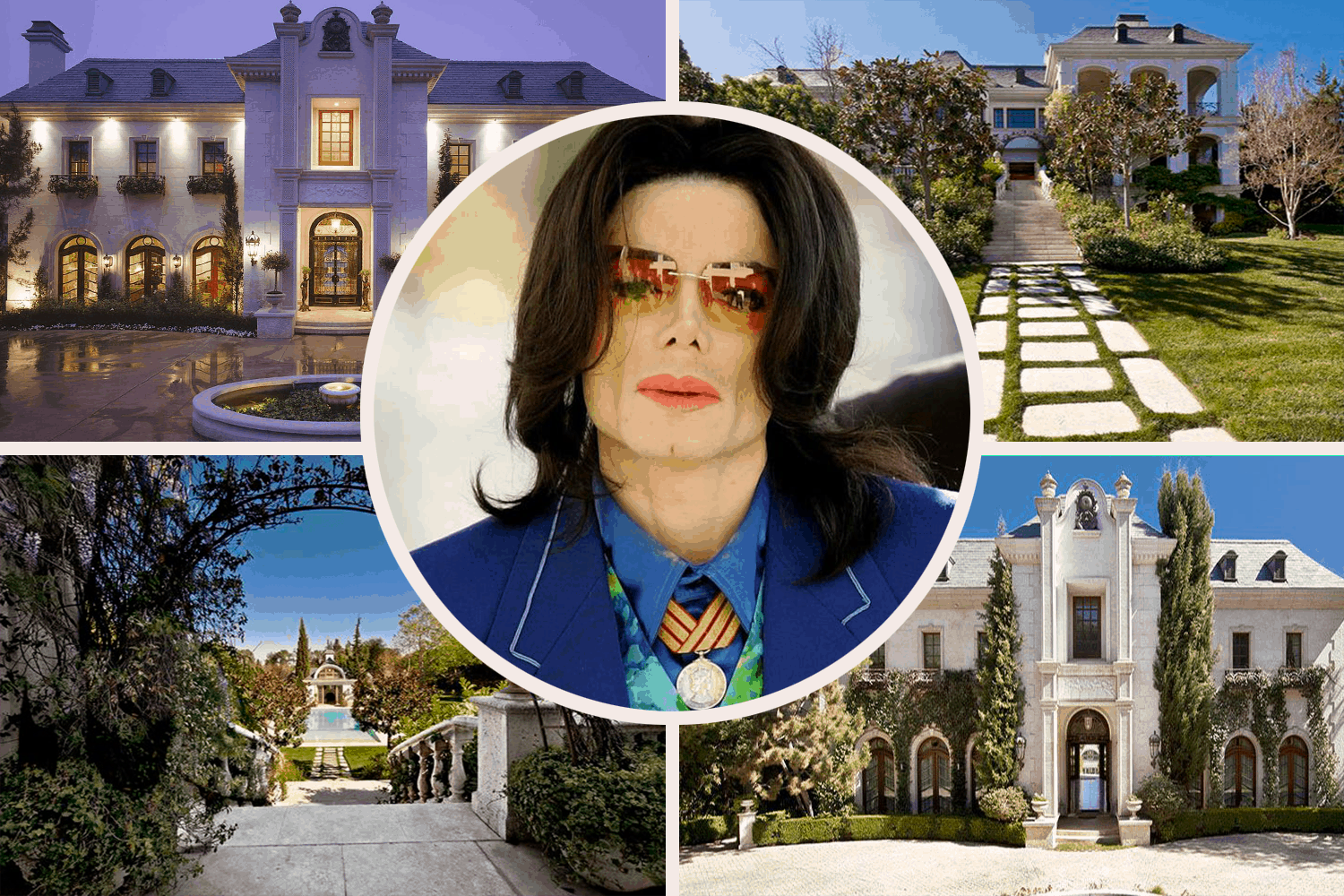 Michael Jackson is the greatest music artist to ever live. He left his mark on the world and made history. It’s no wonder they called him the “King of Pop”. His songs and dance steps (especially his trademark ‘moonwalk’) are still emulated and play a big influence on artists today. He received the Guinness Record for the most awarded artist of all time.

Like many celebrities, Jackson owned or lived in more than one home- His most famous home is Neverland Ranch. Of course, he had to have at least one spot in Beverly Hills!  Jackson’s last residence was at 100 N Carolwood Drive in Los Angeles. He was renting the home for several months until his untimely and sorely felt passing in June 2009. The singer, songwriter, and performer had an unexpected heart attack. According to the news, Jackson complained of dehydration and insomnia on the night of his death. He called his private doctor, Conrad Murray.

Murray was initially hired to help prepare the pop star for his return to the stage for one final world tour entitled “This is it”. Murray was blamed for Michaels’s Death. Thousands of people gathered outside of the house to have a midnight vigil for the star.

The News media outlet TMZ was the first organization to announce Jackson’s death. The scoop catapulted TMZ from a celebrity gossip site to a household name and credible news source overnight.

If you are a Michael Jackson fan, watch his memorial service which was a concert at the staples center in Downtown LA. I was touched by his brother Jermaine’s performance of his favorite song “Smile”.

According to public records, the house is 17,171 SQFT on a 54,761 SQFT lot. The home was built in 2002 and has 7 bedrooms and 11 baths. The architectural style is French chateau. Property amenities include a wine cellar, cinema, elevator, tasting room, gym, guest accommodation, swimming pool, and gardens, among other things.

To begin this little Michael Jackson house tour, let’s talk about Michael Jackson’s house inside. It has seven bedrooms and thirteen bathrooms, with an elevator to take you to spare you the climbing up those floors. Did you get lost? It must be because you took a wrong turn passing the cinema, spa, gym, and wine cellar, which has its own tasting room. Are you a little cold? Why don’t you pick a fireplace? There are 14 of them. A little too hot? Why don’t you go for a swim in the pool? It’s an Olympic one, so you might want to take a few laps. In fact, you don’t even have to ask yourself those questions, as there is an extra house built especially for guests on the same property.

How much is Michael Jackson’s Beverly Hills house worth?

Michael Jackson paid $100,000 a month to rent the house which was owned by Hubert Guez, who was general manager of the Ed Hardy Brand. He purchased the house in 2004 for $18.5M. After Jackson’s passing the home was put on the market and eventually sold in 2012 to American investment banker Steven Mayer who purchased the home for $18,100,000. Today the house be somewhere in the $30M range.

It is the Jackson family’s first home in Los Angeles. This was back in the Jackson Five era when Michael was just a kid. It is climbed up a winding road lined with small, hidden properties. The Hacienda-style house is just around the corner and is beautifully decorated with flowers and surrounded by the palm trees so typical of Los Angeles.

The house that the Jackson family occupied after they were more or less chased off Queens Road because they were making too much noise. The property is located high up on the hill and has the advantage of being further away from Hollywood. The house is out of sight and not visible from the street.

Michael Jackson owned one apartment there. It served him as a crashpad when he had business to attend to in town.