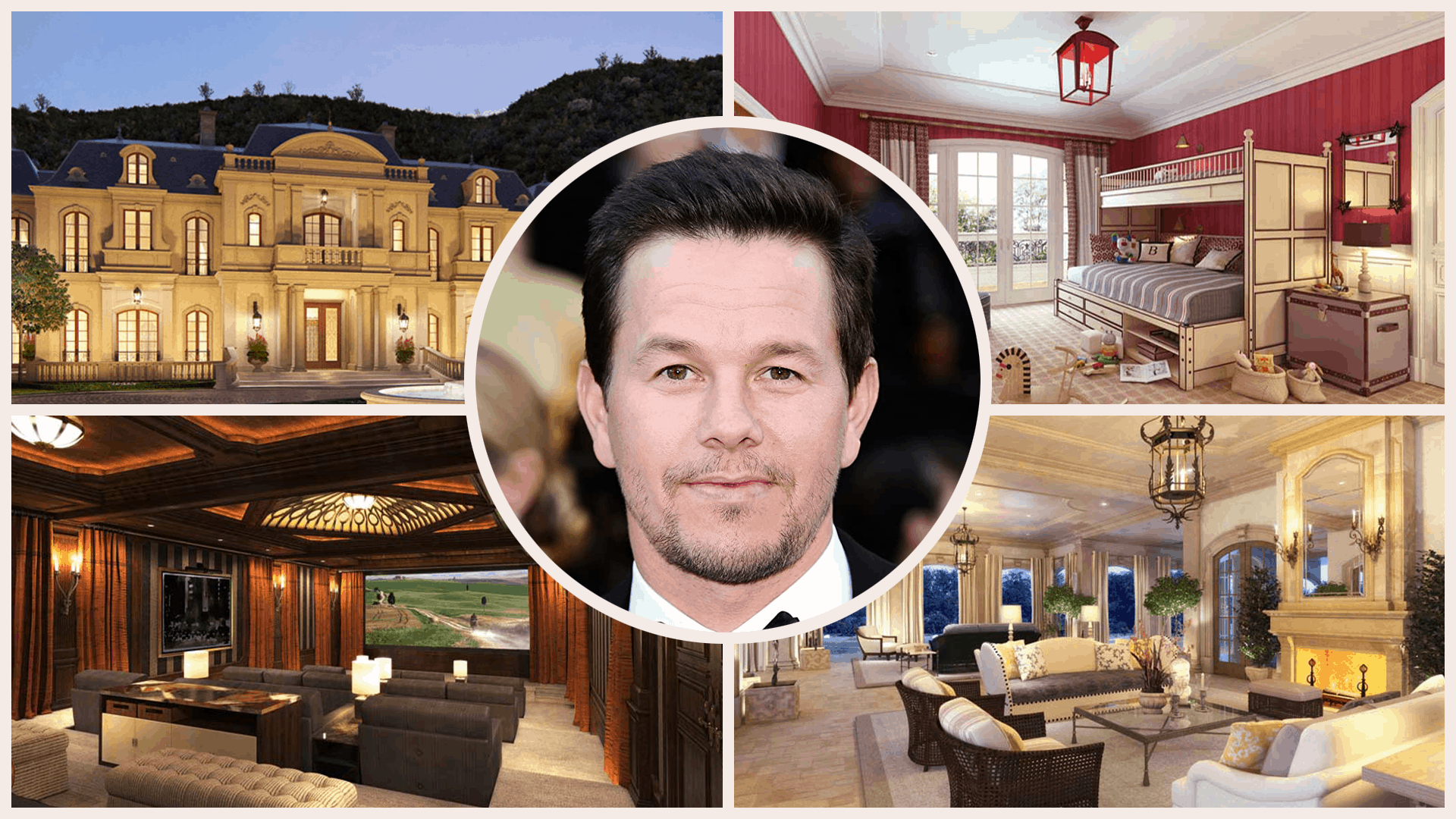 Crisis? What crisis? Not everyone in the United States is in the same boat. Celebrities and billionaires can testify to this. They spend their fortunes in extravagant mansions, no matter the fluctuations of the market. Actor Mark Wahlberg can now have a smile on his face because, after five years of construction, his new Beverly Hills house finished in 2014.

Mark Wahlberg is an American actor, producer, businessman, former model, rapper, and songwriter. Mark attracted critical acclaim with roles in films such as :

Today, he is a reputable actor and producer on the A-List. In 2006, he was nominated for an Oscar and a Golden Globe nomination for his performance in Martin Scorsese’s The Departed.

He may have a difficult past, but he has managed to change his life and make a very successful career out of it. So successful that Mark Wahlberg’s net worth is now $300 million, and he is one of the richest actors in the world.

Director and actor Mark Walhberg have been busy directing the development of his new 30,000 square foot palace in Beverly Park. He and his wife Rhea Durham acquired the 6 acre lot in 2009 for $8 million. The design of this gigantic mansion was entrusted to the Landry Design Group. Its realization was given to Finton Construction.

Richard Landry, who had already worked on Tom and Gisele Bundchen’s property, imagined this incredible in a French style. Although it is not yet comparable to a chateau, the surface area is still extremely large.

It has a separate building for the guests, and many bedrooms and bathrooms that will welcome the Wahlberg-Durham couple and their children :

Finton Construction released images of the construction site. The firms were stating that Mark Walhberg’s house is as big as a hotel, and the pool is worthy of an amusement park. The Walhberg project would be worth nearly $150 million. The representations of the project illustrate:

Ironically enough, the architect’s goal was to find the right proportions. He said he didn’t want to build yet another gigantic house in the neighborhood. What does that mean to him? There is no ballroom, no bowling alley, no indoor basketball court. Sure, it’s very modest. But it’s true that most of the other houses have these rooms. Walhberg’s property is a good, traditional family home with no crazy features whatsoever.

What Does Mark Wahlberg’s House in Los Angeles Look Like?

As mentioned above, the house has a Mediterranean style. It is a taste that is very popular on the other side of the Atlantic. It includes:

But let’s not forget that Mark Wahlberg’s dream plastic is the result of intensive training. With no surprise, there is a sports hall spread over two levels. The latter includes:

An outdoor swimming pool is also present. It is dug in the stone and is accompanied by a diving board and two jacuzzis.

According to the Wall Street Journal, Mark Wahlberg would have been interested in another 3,000 square meter house on the side of Beverly Park, located not far from this one.

What makes the Beverly Park neighborhood such an attraction?

Beverly Park is perched in the hills hovering above Beverly Hills. It is hidden by fences that can only be crossed by guarded checkpoints. These guard other barriers, like a Russian doll. It is impossible to enter without being invited and escorted. What’s inside? A concentration of huge properties, which rarely go below 20,000 square feet. An unoccupied piece of Beverly Park will cost $30 million.

Everyone in the neighborhood is extremely wealthy and many are famous:

But if you envy these people, you should read what the Wall Street Journal has reported. They went past the guards and reports real and somewhat frightening details. The report portrays a sad world, a secret enclave that looks like a golden cage. On one side it glitters, but on the other, it is cut off from the rest of society.

It is an impassable labyrinth where the doors are all nested inside each other. There are dozens of them at the entrance to the neighborhood, and around each property. In addition to the doors, there are hundreds of guards and security personnel. They are on duty 24 hours a day, 7 days a week. They don’t let anyone through who does not live there or has not been officially invited. And for some residents, that’s still not enough protection! They have their own guard post.

John Finton not only renovated Mark Wahlberg’s house. He also built 16 other houses in Beverly Park. One of the residents explains that since moving to the neighborhood, he has seen at least 15 of his neighbors do major renovations. The value of the renovations can easily reach $50 million.

Add Beverly Park to my Watchlist