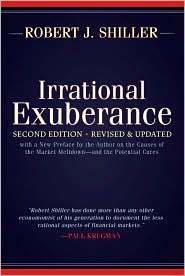 Robert J. Shiller is an investing bear. His background is as an economist, he teaches at Yale. In 1991, Robert Shiller joined with Karl Case to create the Case-Shiller Index- which is the de facto housing market index.

Irrational Exuberance was written originally in 2000 (updated in 2009)- in the book Shiller warned of a stock market bubble long before the market reached its peak years later in 2007. When all the experts were saying the real estate prices would continue to go up forever, and that the “old rules” of conservative finance didn’t apply because we were in a “new age economy”- Robert Shiller warned that the market was overheated and that there would be a major correction.

Shiller’s central argument in the book is that Homes are a hedge against inflation. When home buyers calculate their return, they never take inflation or holding costs into account. Let’s suppose you owned a home for 20 years, bought it for $150,000 and now it’s worth $600,000- many homeowners would say that they captured $450,000 in appreciation. 400% return over 20 years- or 7% compounding per year. That seems reasonable, but let’s consider the real return after we correct for inflation and make an adjustment for holding cost:

From the CPI data table

That means 3% inflation average for the 20 year investment period. You can simply minus 3% inflation from 7% total return to adjust. So the return adjust for inflation was 4% not 7%. Minus another 1% for holding costs and the real return becomes 3%. 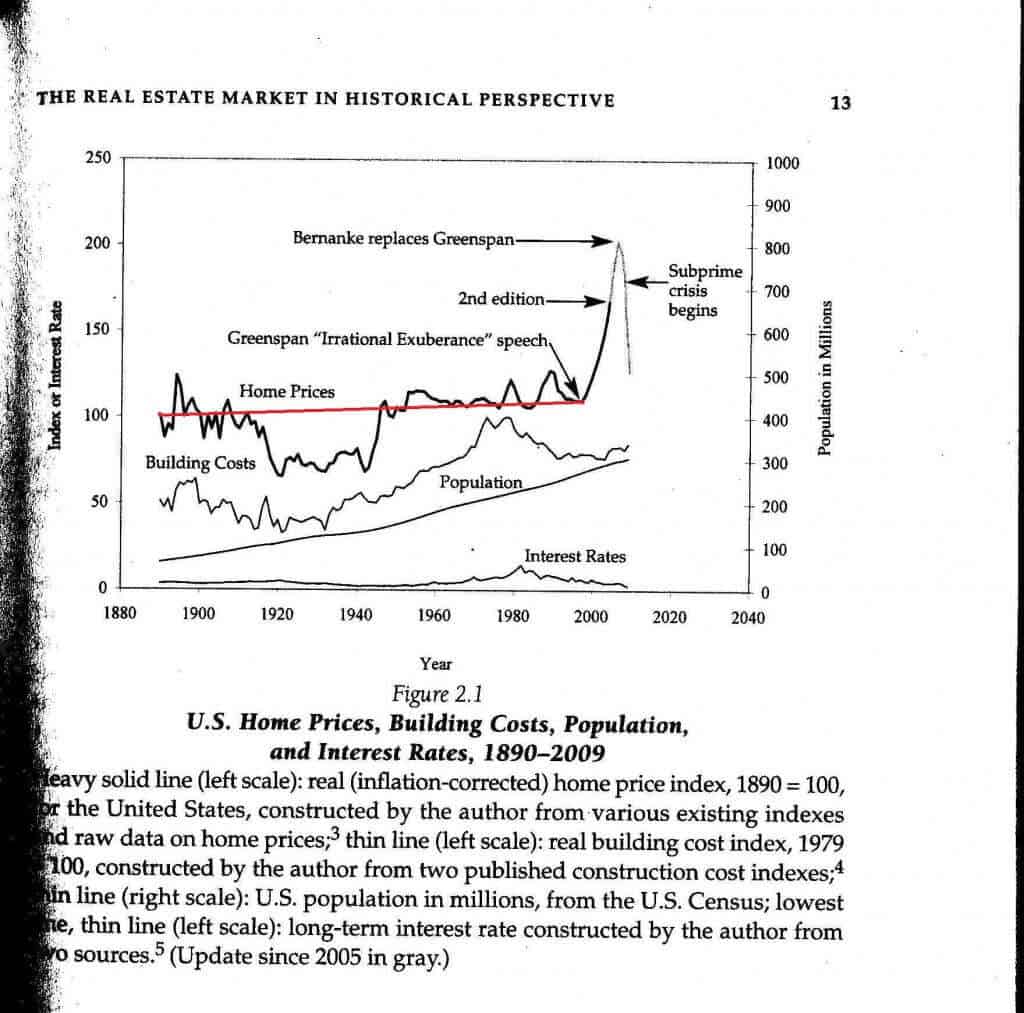 The Average US house is a 1,200sqft 3br house somewhere in a 70,000 person town in the Midwest. Los Angeles historically has experienced appreciation greater than the US average.