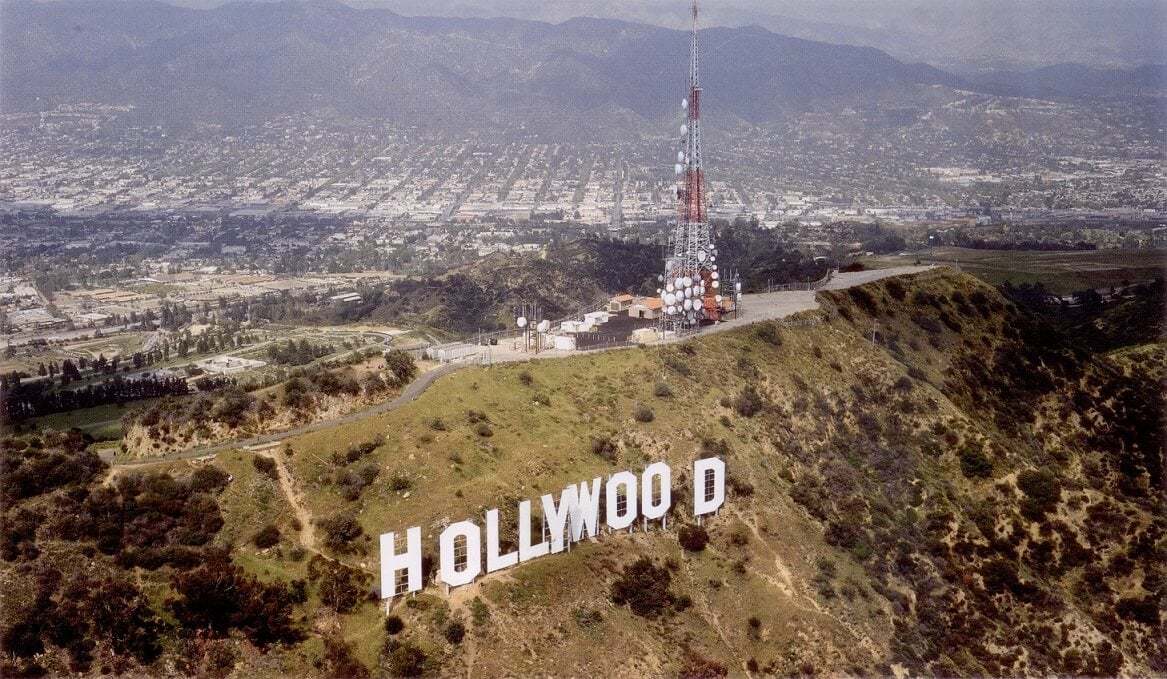 With the introduction of television to Los Angeles, Don Lee’s KHJ Television station was the first to have its transmitter located on top of Mount Hollywood, in 1939. Los Angeles renamed the hill Mount Lee.

The Hollywood sign was constructed in 1923 by partners Eli Clark, Moses Sherman, Harry Chandler, owner of the LA Times, Tracey Shoults and Sidney Woodruff to advertise their new real estate development “Hollywoodland” at a cost of $21,000. 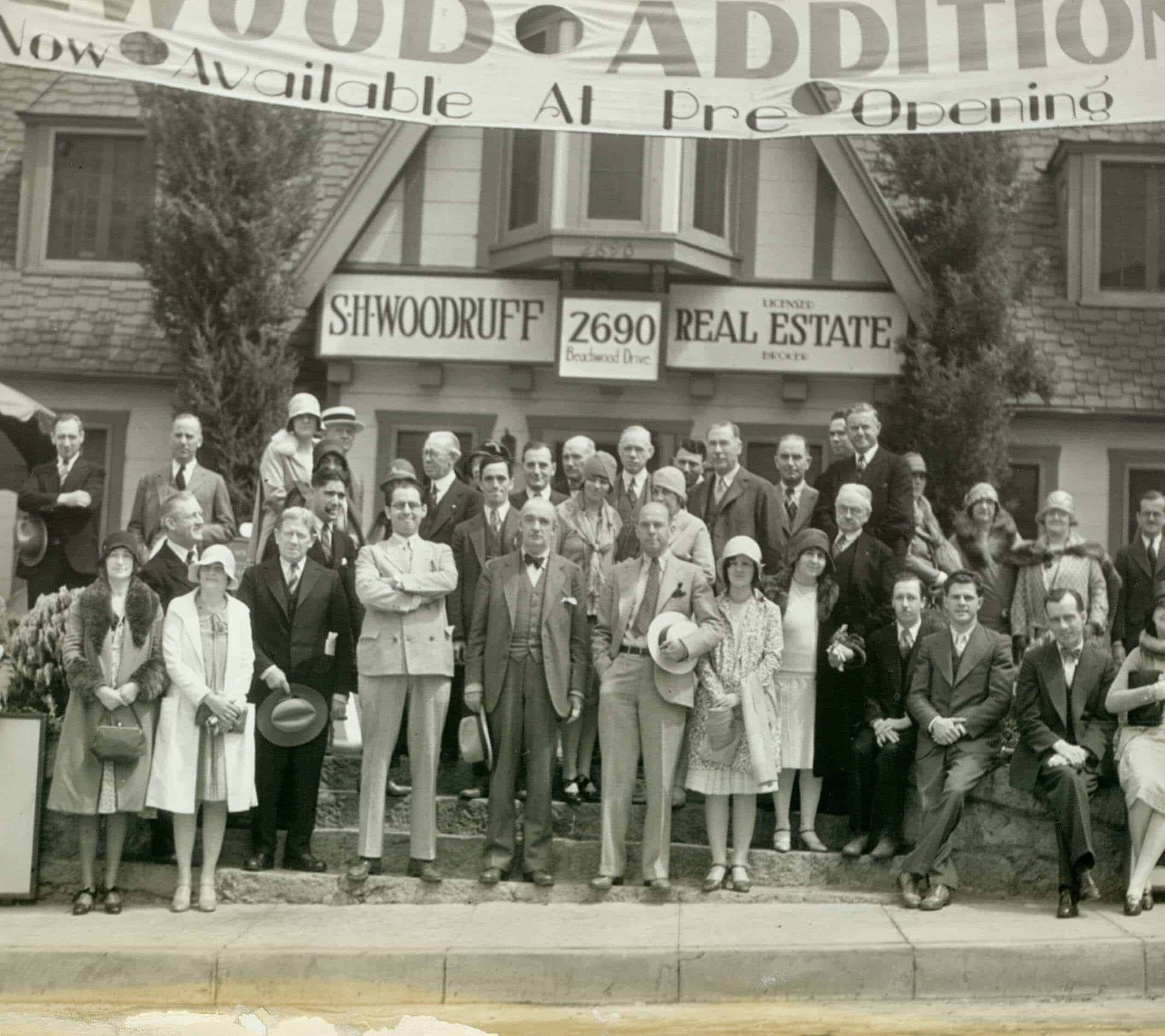 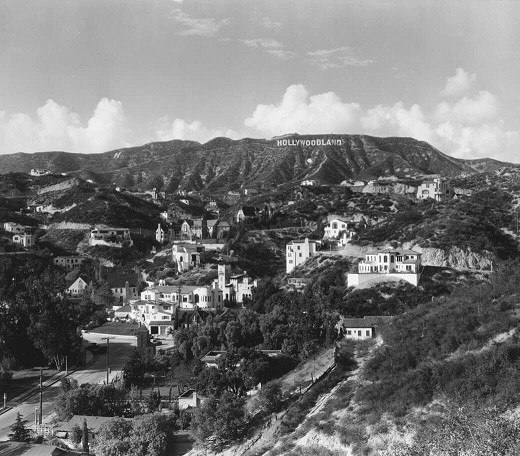 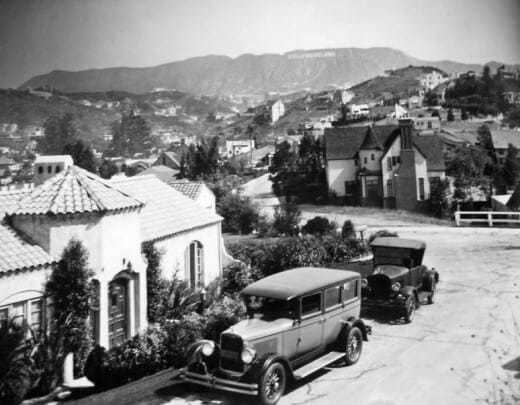 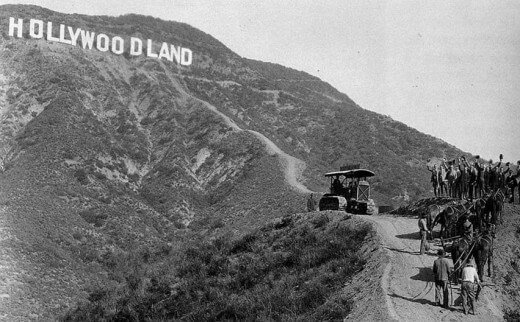 Mules Hauled telegraph poles, sheet metal, and other materials to Mt. Lee to construct the Hollywoodland Sign
The sign was a billboard advertising the development and was intended to be removed after eighteen months. 4,000 blinking light bulbs decorated the Hollywood sign and lit up at night, making quite a spectacle. The sign flashed in segments, first Holly, then wood, then land, before lighting up together as Hollywoodland. A searchlight below it lighted up for emphasis, like an exclamation point. Hollywoodland! Albert Kothe was caretaker for the sign. His job was to replace the burnt-out light bulbs. 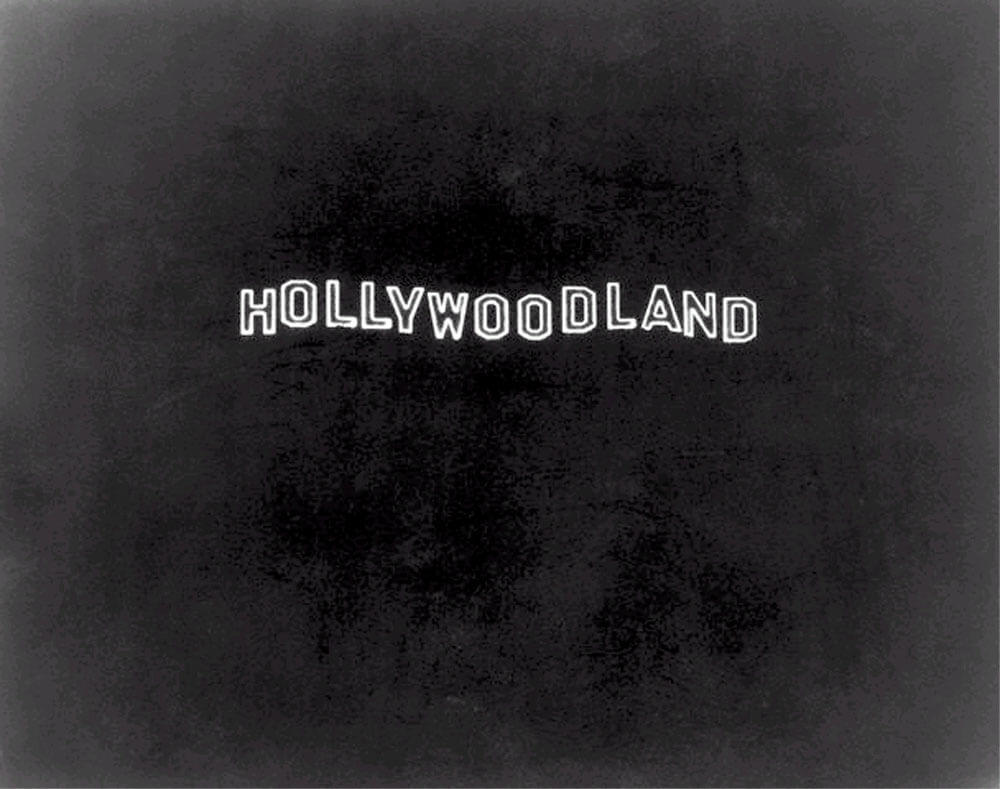 The original Hollywoodland sign was made of wood and had to be repaired and restored periodically. In the early 1940s the sign fell into disrepair- letters were destroyed, and all the bulbs had been stolen. 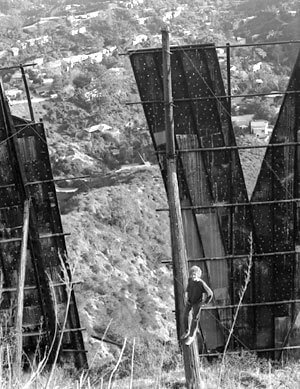 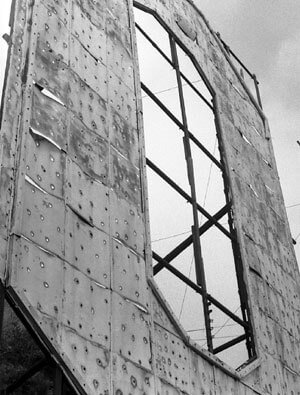 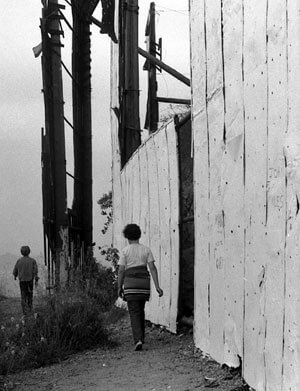 The Hollywood Chamber of Commerce and the City of Los Angeles Parks Department joined together to bring the Hollywood Sign back to life. During this renovation, in 1949 “Land” was removed to reflect the Hollywood district as a whole and not just the housing development.

During the late 70’s, the Hollywood Chamber of Commerce decided that the Hollywood sign needed a complete restoration. The project cost was around $250,000. Hugh Hefner held a fundraiser for the Hollywood sign in 1978 at the Playboy Mansion. Each of the letters of the sign were put up for “adoption” at $27,700 each.

“W” was funded by crooner Andy Williams, rock artist Alice Cooper “adopted” one of the O’s, while Gene Autry financed an L’s reconstruction. With the funding in place the old sign that stood for over half a century was demolished. 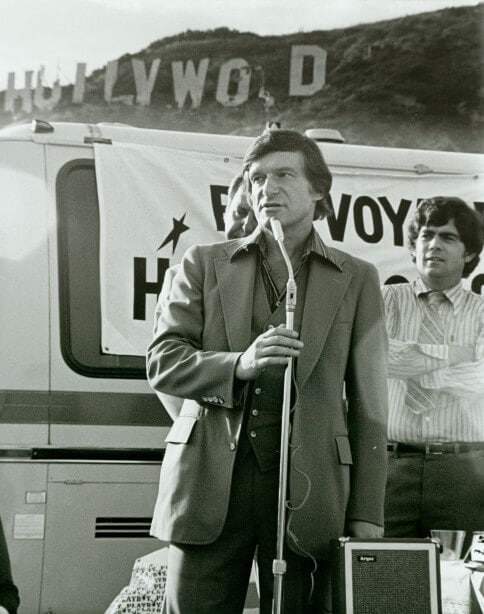 The old wood sign was replaced by 45 foot tall letters made of sturdier corrugated steel. The sign is 450 feet wide. 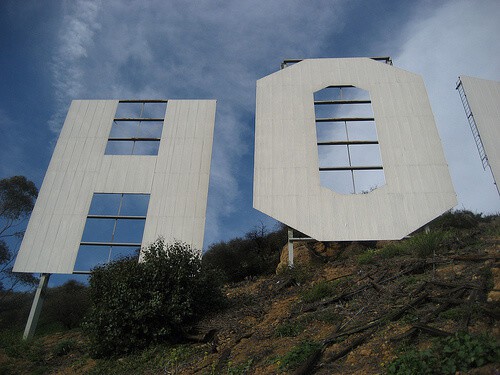 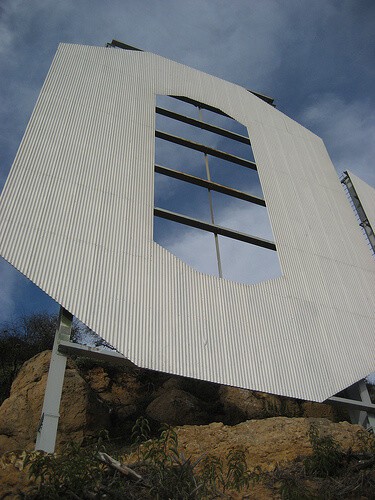 Today the Hollywood sign sign overlooks the residential neighborhood of Hollywood Hills East, Beachwood Canyon, Bronson Canyon, and Hollywood Dell. These communities have narrow winding roads that are common in hillside homes. On New Year’s Eve of 1999, the Hollywood Sign was rigged up with lights for a Millennial fireworks show. People clogged Beachwood Canyon by the thousands, trapping Canyon residents and blocking emergency fire lanes. This night had a lasting effect on local residents, who I am sure will fight any proposals to light the Hollywood sign in the future. 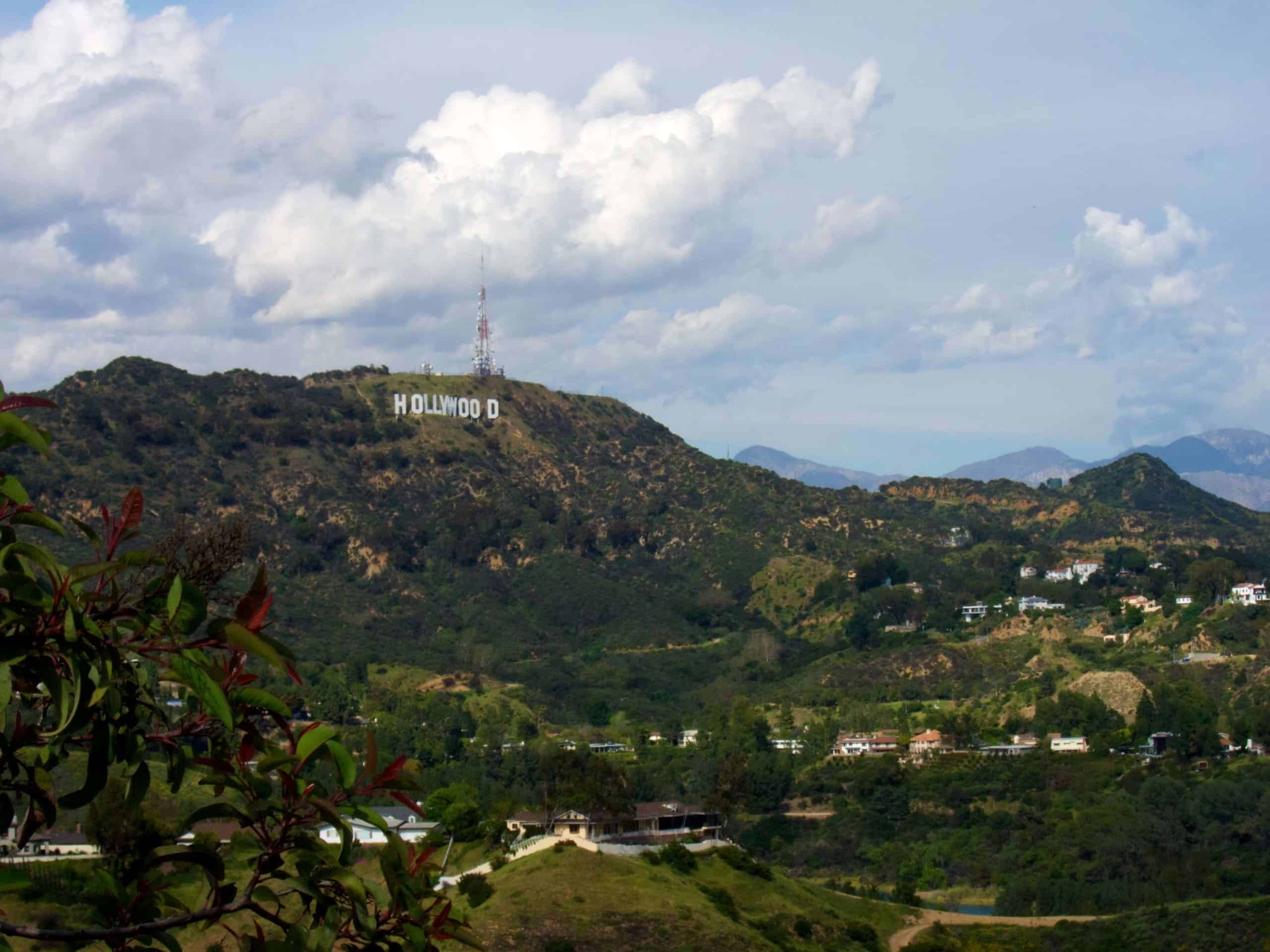 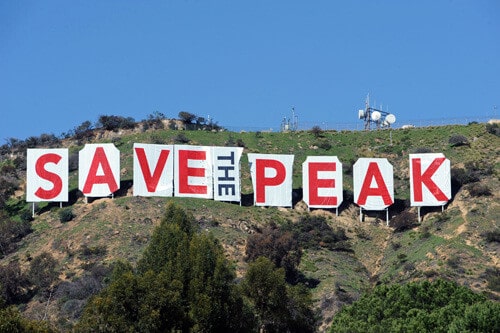 Howard Hughes bought the caheunga peak property adjacent to the sign in 1940.

Howard Hughes intended to build a mansion for himself and his then girlfriend Ginger Rogers. 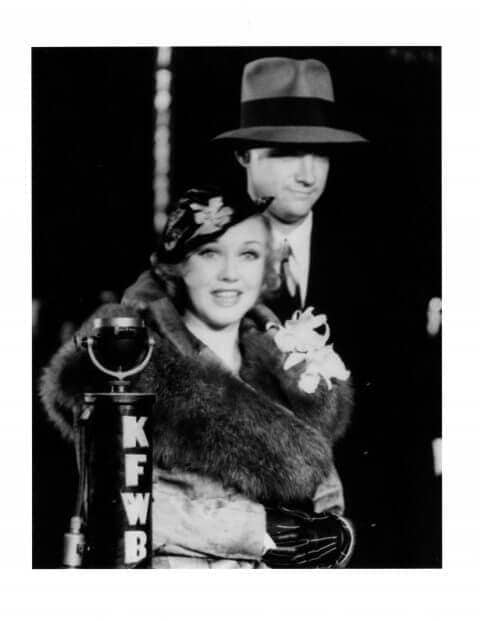 Howard’s relationship with Ginger ended before he broke ground on the mansion and the parcel remained vacant until his death in 1976, at which time, ownership of the parcel was transferred to the Howard Hughes Trust. In 2002 the Hughes estate put the 138 acre parcel up for sale and it was purchased by a group of Real Estate Investors from Chicago. Through the efforts of the non profit savehollywoodland.org and a generous $900,000 donation at the end from Hugh Hefner – the land was purchased and put into a conservatorship, preserving the vista surrounding the sign. Hugh Hefner explains “It’s [Hollywood Sign] become something iconic and represents not only the town but represents Hollywood dreams, and I think that’s something worth preserving.”

There is a firetrail that leads to the top of Mt Lee Drive, directly to the Hollywood sign, from behind. However the sign is fenced off from the public. It is actually illegal to go near the Sign. The Sign is set well back behind restricting gates and is monitored by security cameras and Park Rangers. It’s a great hike and a wonderful view. 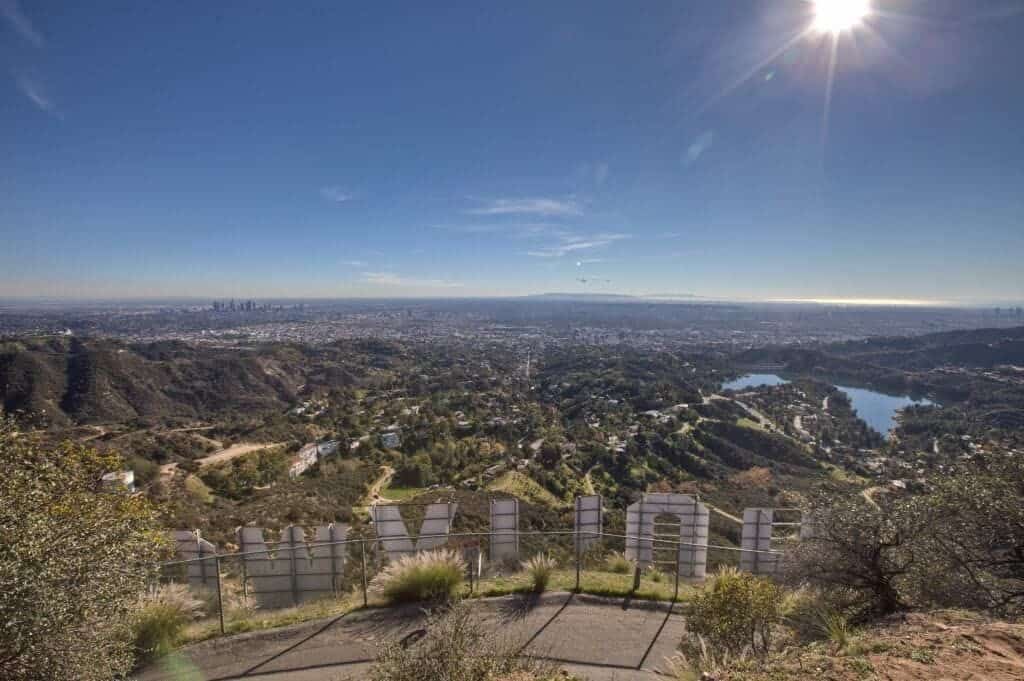 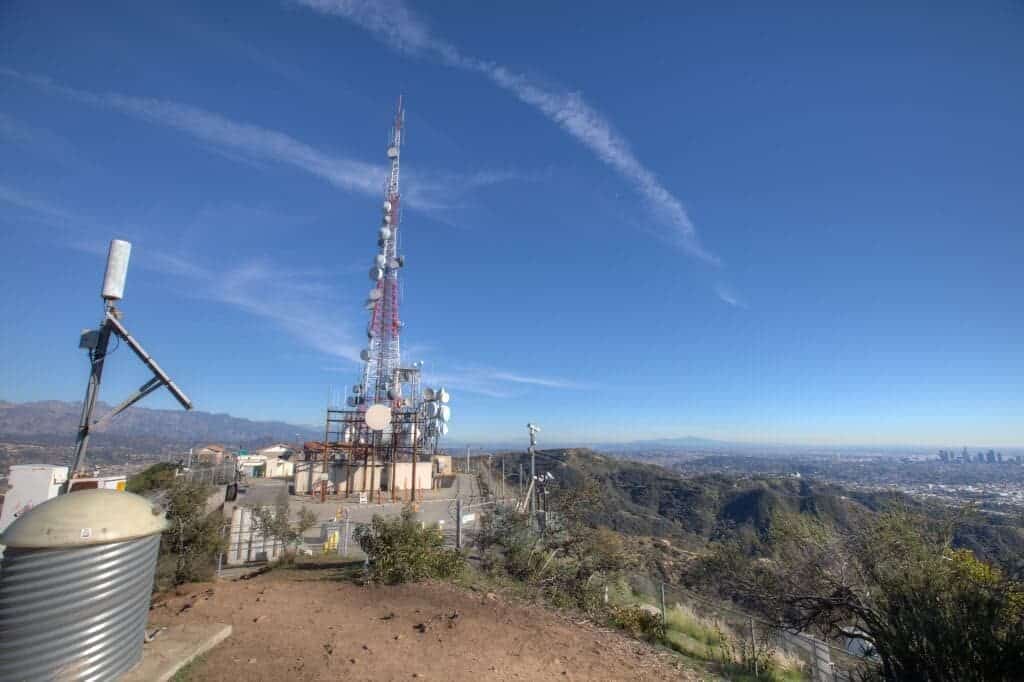