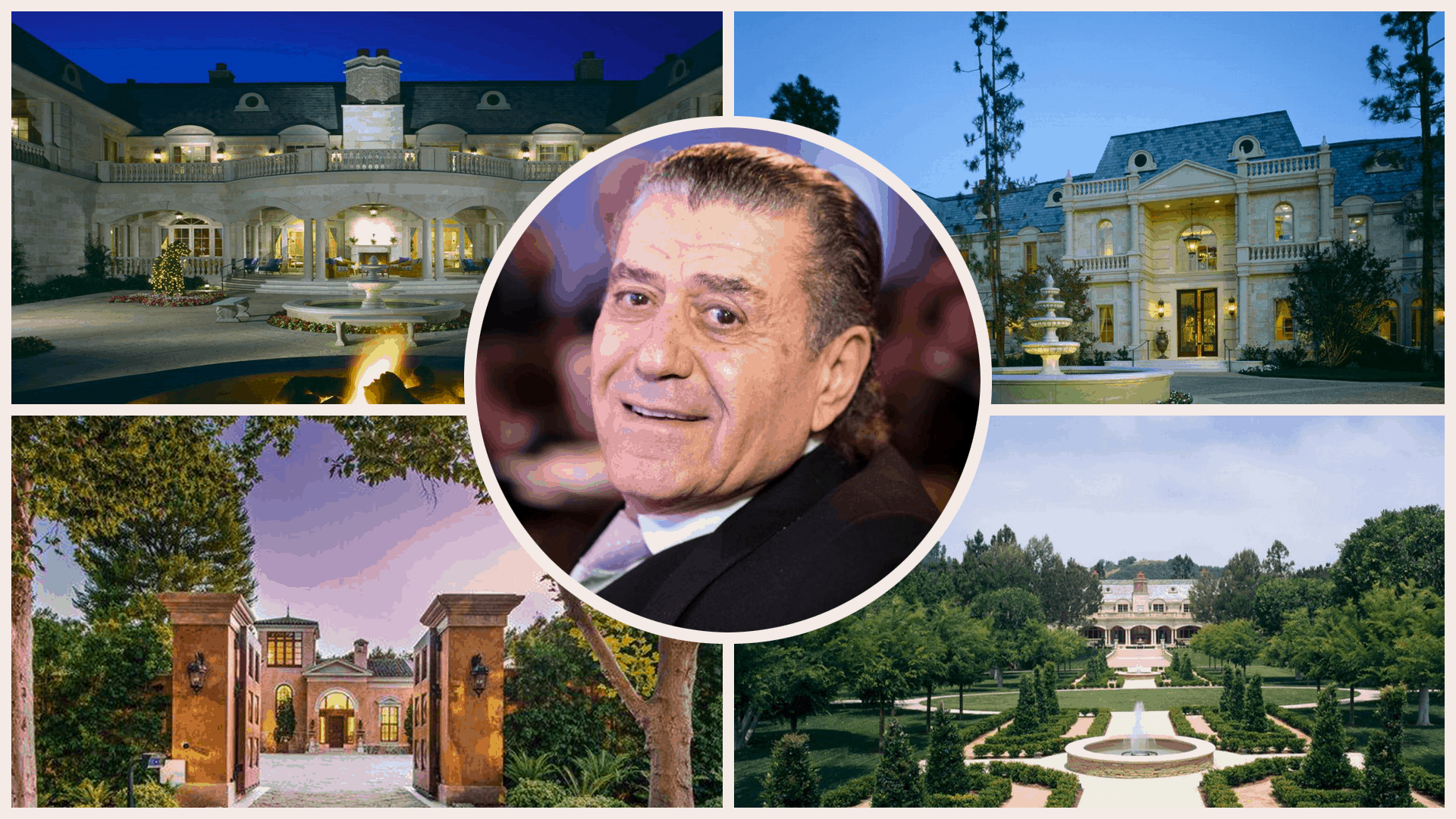 Faced with the triumph of the “Power Rangers”, the Haim couple acquired a four-acre piece of land in the famous Beverly Park. Despite the vastness of their home, it does not stand out among the dozens of properties of similar size. Indeed, the Beverly Park neighborhood is a gilded cage. It has a concentration of luxurious homes unmatched by any other neighborhood in Los Angeles. The city is known for housing the biggest celebrities. But the massive houses in Beverly Parks are of striking scale.

Saban was born in Alexandria, Egypt. He is one of two children of a salesman father and a housewife mother. Sephardic Jews, they were poor but extremely close-knit. Saban did not have a brilliant education. He was expelled from school for bad temperament. Then, he decided to join the Israeli Defense Forces. But ironically, he was outstanding from his former classmates with his intelligence and creativity.

He has always wanted to be financially stable, something his family has not been able to provide. He was determined to achieve this on his own, and by his own means. Without even playing guitar, Saban made his way into a local Tel Aviv band as a bass player. He quickly acquired the role of manager. He started to collaborate with the largest German broadcasting group, ProSiebenSat.1 Media.

He felt that Israel was getting too small for him, so he decided to move to France. He saw it as a better environment for a start-up. He seized his chance in Europe and became a record producer. Immersed in this universe, his circle of friends grew wider. The famous composer and producer Shuki Levy offered him to come and live in Los Angeles. It is there that Saban could live his dreams to the fullest. He saw enormous potential in Hollywood.

Saban Entertainment was founded in 1980. Saban entered into a lucrative partnership with Levy. The two men created cartoon music and composed music for series such as:

As for “Power Rangers”, it became a huge success from day one of its releases. Saban’s career was on a roll, and today he was able to afford a spot in Beverly Park.

North Beverly Park – A Secret Place for Billionaires and Celebrities

The neighborhood was founded in the ’90s. It is a strictly protected and perfectly maintained community. It is divided into zones, a large one in the north and a smaller one in the south. But regardless of the zone, the houses are all of the palace types. Current owners include one or two members of the Saudi royal family, a host of Hollywood big names, and independent billionaires.

The wealth it contains is well protected from intruders by:

For the curious and tourists, the neighborhood is only visible from the top of a raised plateau from the Beverly Hills Hotel. From this vantage point you can see by far the most exclusive residences in America:

Geographically speaking, Beverly Park is not isolated. It is merely a ten-minute drive from the hustle and bustle of downtown Los Angeles. Yet not everyone can access this private land. The city turmoil does not cross the golden gates of the neighborhood either. It offers its residents the serenity they deserve for the price they pay. However, rumors say that they would not ruin themselves as much as we think.

In fact, a house in the Holmby Hills neighborhood rarely costs less than $3,000 per square foot. In comparison, a home in the northern part of the Beverly Park neighborhood is much larger than those in Holmby Hills, but the price will rarely be more than $1,650 per square foot. Where does this difference come from? It’s even odder that prices in Beverly Park remain stable regardless of market fluctuations. Negotiations in the gilded cage are the order of the day. Under what terms? We’ll

An evening presentation of the Israeli Political Forum and its partnership with the Israeli Security Commanders (ISC) was held at the Sabam property in 2017. Both organizations advocate for the interests of both states. They are in harmony with Israel’s security needs.

In his introduction to the evening’s program, Haim Saban humorously pointed out that he usually organizes events at home that cost him between $5,000 and $25,000. He says he supports a variety of causes in this way. However, he said that guests do not have to spend money, and can enjoy the quality food for free.

On a more serious note, Saban explained why these meetings take place. He said he has no political leanings and does not create disparities, but rather neutralizes them. All the guests share one thing: the pro-Israeli cause. They are committed to forming a democratic Jewish country, just like the ideologies of the guests at 59/61 Beverly Park.

Inside the Luxurious Beverly Park Property of the Sabans

The renovation of the Haim Suban estate took just over a year. The results are spectacular. The property consists of the main part as well as two smaller buildings. One for guests and entertainment, and one for his wife’s parents.

With the help of an architectural design studio, Cheryl Saban transformed the interior of this twenty-three thousand square foot French-style mansion.

Before the Saban family moved in, the place was almost completely deserted. Today, the property is a minimalist paradise. The furnishings are modern, but there is no more than is really necessary. The spaces are spacious and open, leaving room for everyone’s thoughts to circulate freely.

Next to beautiful white sofas is a gigantic showcase, the size of the entire wall. It is filled with antiques from Israel. Large paintings by Chagall hang on the walls. The Sabans also like to gather in their large wooden library, also under Chagall’s signature.