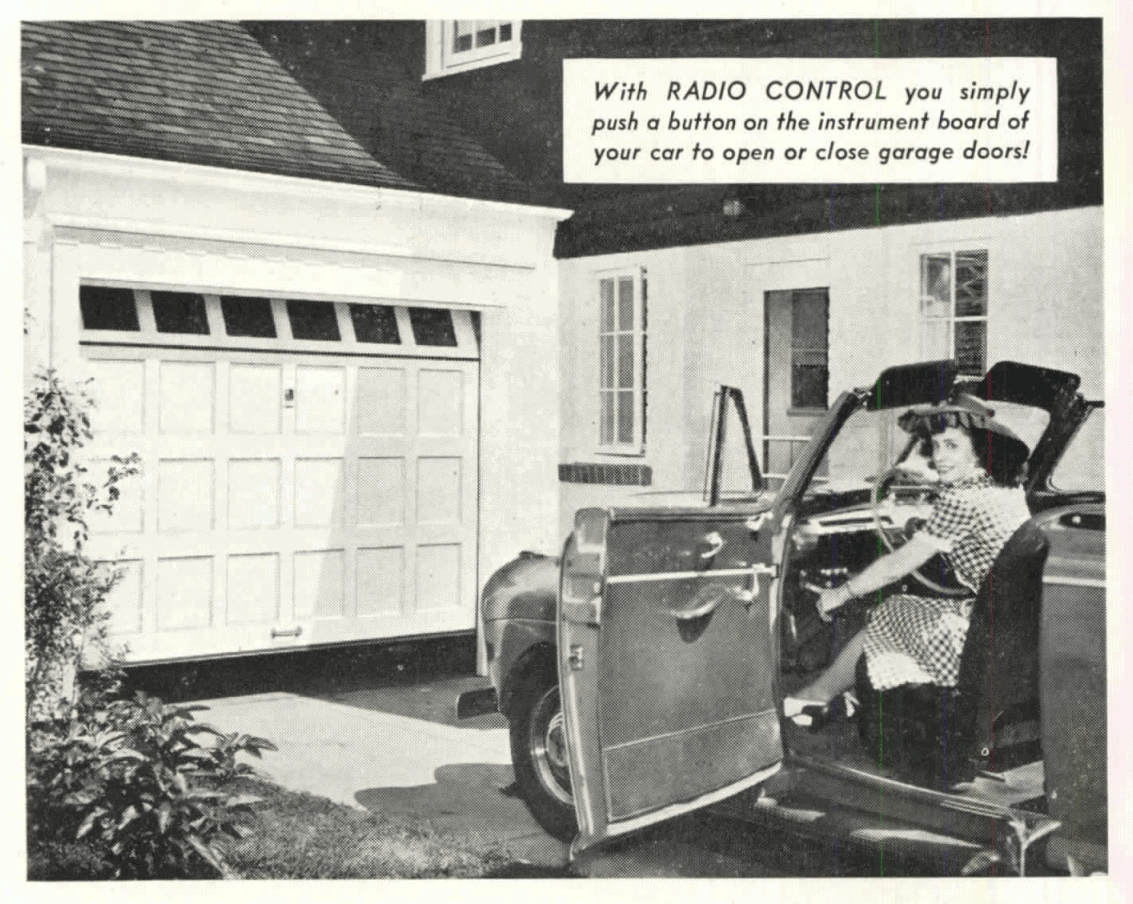 Los Angeles has great weather, so having a garage here is not as important as other parts of the country. I grew up in Minnesota. Having a garage there was essential. I remember waking up on cold winter mornings, and freezing my A$%$ off scrapping the snow from my car windows. You really appreciate having a garage then!

Los Angeles culture is car obsessed- so even though we don’t need garages, many people want them. Fun Fact: There are more cars in Los Angeles then people! Over 6M cars where registered with the DMV in 2016 and the populations for greater Los Angeles area is 4M people. For my motor-head clients, the garage is always the first thing they look at.

The primary function of a garage is to store cars. By parking your car in a garage, it protects it from scratches, dents, and dings and paint fading. A garage provides security from theft. And certainly, getting your car off the street will save you money on parking tickets!

Having a garage can also provide an alternative living or work space! Since real estate has become so valuable in Los Angeles, many people are converting their garages to living spaces and parking their cars on the driveway. For $10,000 or less you can convert a garage into a 300 sqft to 400 sqft living space. I call these “stu-ages” because they are studios turned out of garages. Converting your garage is one of the most inexpensive way to add sqft to your house. If you convert your garage without permits, one piece of advice- leave the garage door intact, especially if it faces an alley or is visible from the street. That way it won’t arose undue suspicion.

Assuming you are still using your garage as a garage, it does other things too, like provide storage for tools and equipment, lawn care items, sporting goods, and bicycles. One way to free up space in your main house is to relocate the laundry into the garage. 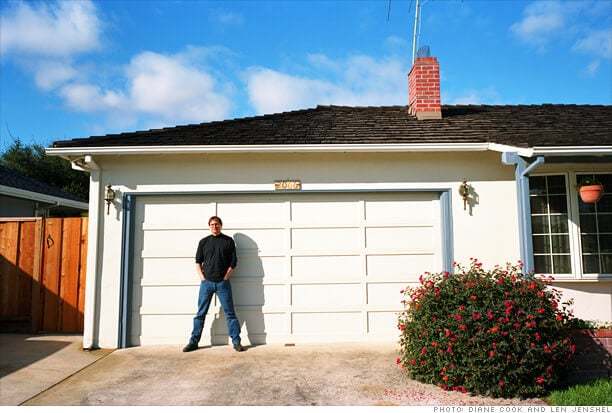 Garages can wear many hats- they can be an incubator space for a startup company, or a rehearsal space for a band, a wood-shop, storage unit, or just about anything else you can think of.

From a construction standpoint, having a garage is pretty much the same as building the exterior shell of a house, except there are no finishes inside. Like with any new construction project, make sure you permit it with the building department.

After the kitchen, the garage is the second room in the house with the highest fire risk. Building codes have specific provisions for fire prevention in garage construction. Most garage fires can be avoided by using some common sense, like safety storing flammable liquids like gasoline away from flames, upgrading dangerous electric panels, and not overloading power outlets.

As the city has grown more crowded, and public transportation worse, Los Angeles’ building code has become stricter with parking requirements for new construction. I see a lot of old properties around town that would never be allowed to be built by today’s code because they do not have enough parking. The most poignant example are Bungalow Court Apartments. There are anywhere from 6-10 on a lot with ZERO parking. By today’s code that property would at least need 9 spaces. Owners of properties with no off street parking just park on the street.

I joke around that LA had better public transportation in 1950 than it does today. It’s partially true, because the Pacific Electric railway system was quite amazing. The Metro Subway has been expanding in recent years but it will never offer as many routes as the old electric rails. The bus system in the city is great but underutilized.

Anyway, the year built of a property has a big influence on the garage. If the property was built between 1910 to 1930, it will have a tiny 1 car garage that I like to call a “Model T” garage. During this era, having a car was for the well-to-do, and having two cars was almost unimaginable. 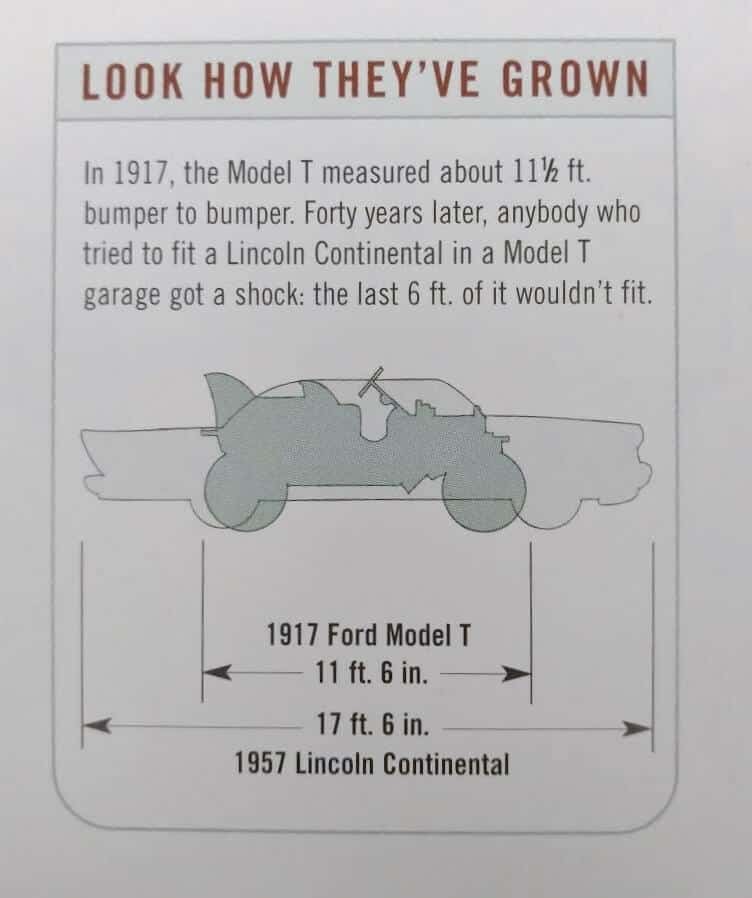 Cars also have gotten larger over time. These small garages won’t fit a full size car. They can fit a medium size sedan tightly or a compact car comfortably. Most people with these garages use them for storage.

In the 1950’s car’s really took off. The ranch style homes built in suburban tract developments proudly featured two car attached garages. From this time on, the garage has become an essential part of the house.

One interesting thing to note, is that building a 1 car garage versus a 2 car garage is not a very large change in cost.  A one car garage may cost $18,000 or $20,000 while a two car garage costs $25,000 to $30,000. Many people will just build two car garages. The only thing that limits them is having enough space, not the cost. Architects always start with parking- since of all the zoning provisions, it is the most prohibiting.

Houses built before 1930 almost never have attached garages. At some point, builder’s realized you don’t have to have the garage in a separate building away from the house and they started Attaching them. Attached garages became really popular in the 1950s onwards. On hillside lots, where there is very little room, attached garages are a necessity.  Attached Garages are more convenient for bringing in groceries, but come at the cost of natural light in the house since the wall adjoining the house and garage cannot have any windows because of firecode.

Carports are basically garages with a few less walls. According to the IRC building code, to be a carport- they may only have two walls or less and no garage door. One advantage you have with carports over garages is the floor surface may be asphalt instead of concrete.

Carports are low cost – they are about $6,000 to $7,000 to build new. Carports are a very common design feature in mid-century houses. One disadvantage of carports is they offer no security. You wouldn’t want to use them to store expensive equipment and your car may not be as protected from break in- so don’t leave anything expensive in your car. 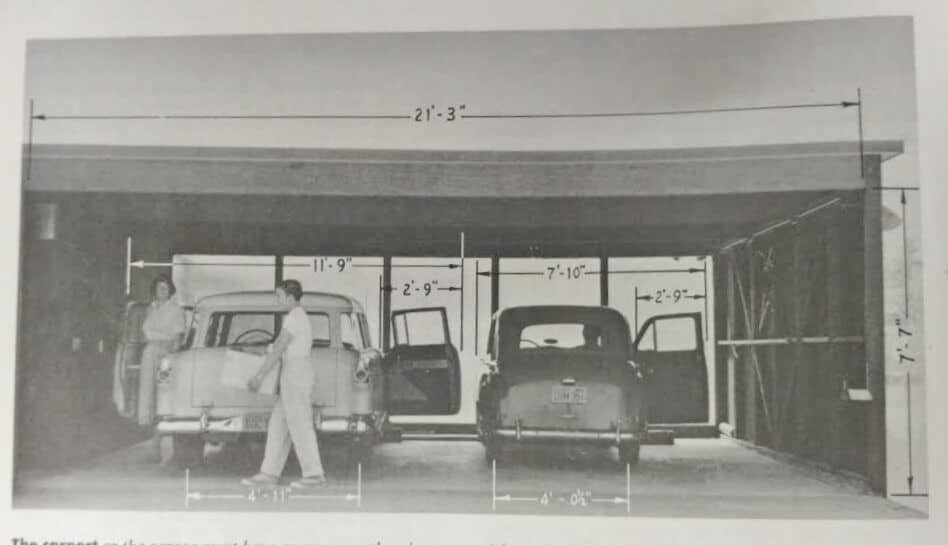 Note: the Building Code is the legal minimum requirement- sometimes it is a good idea not just to meet but exceed the code if it is appropriate for your specific circumstances. 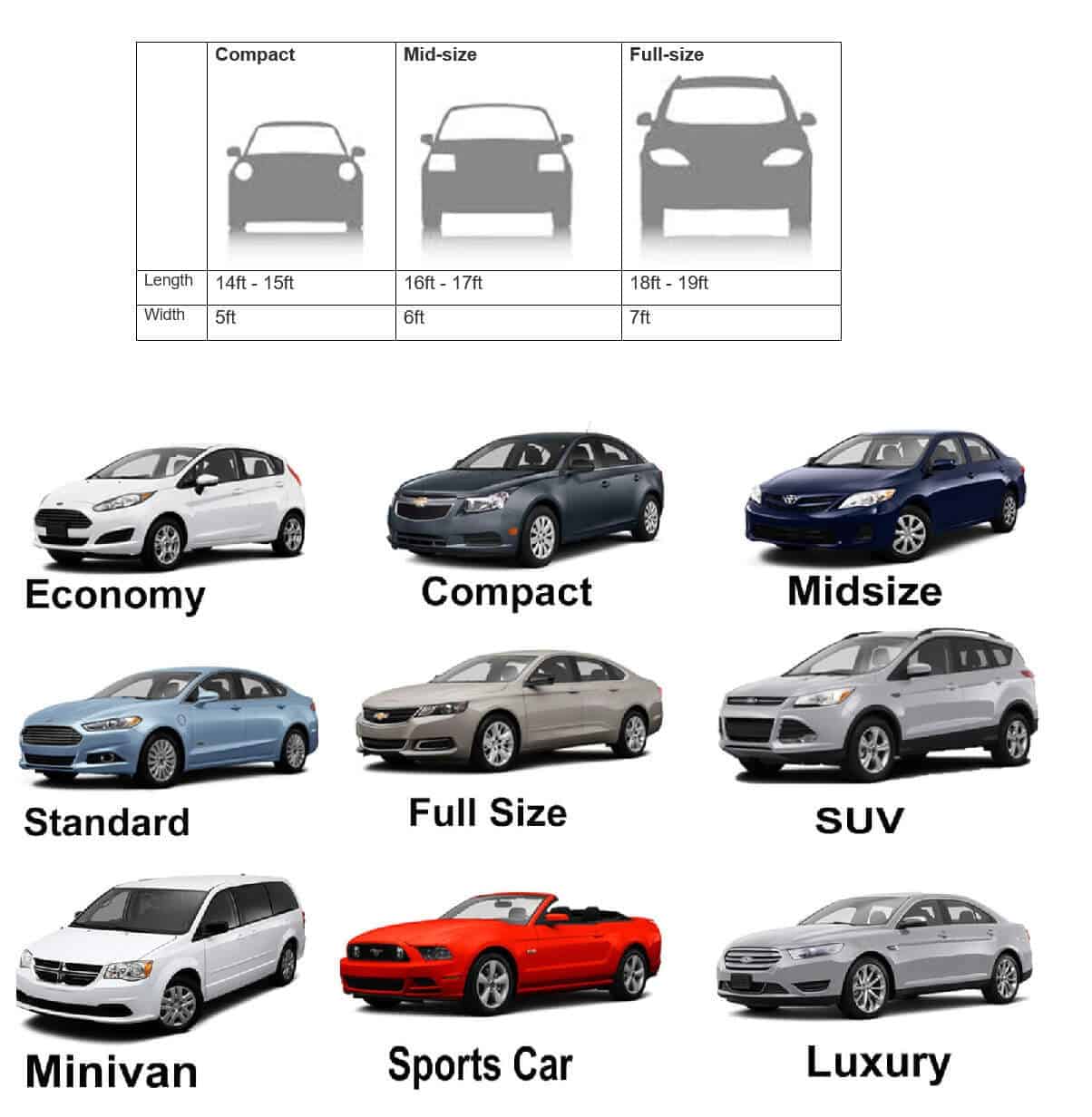 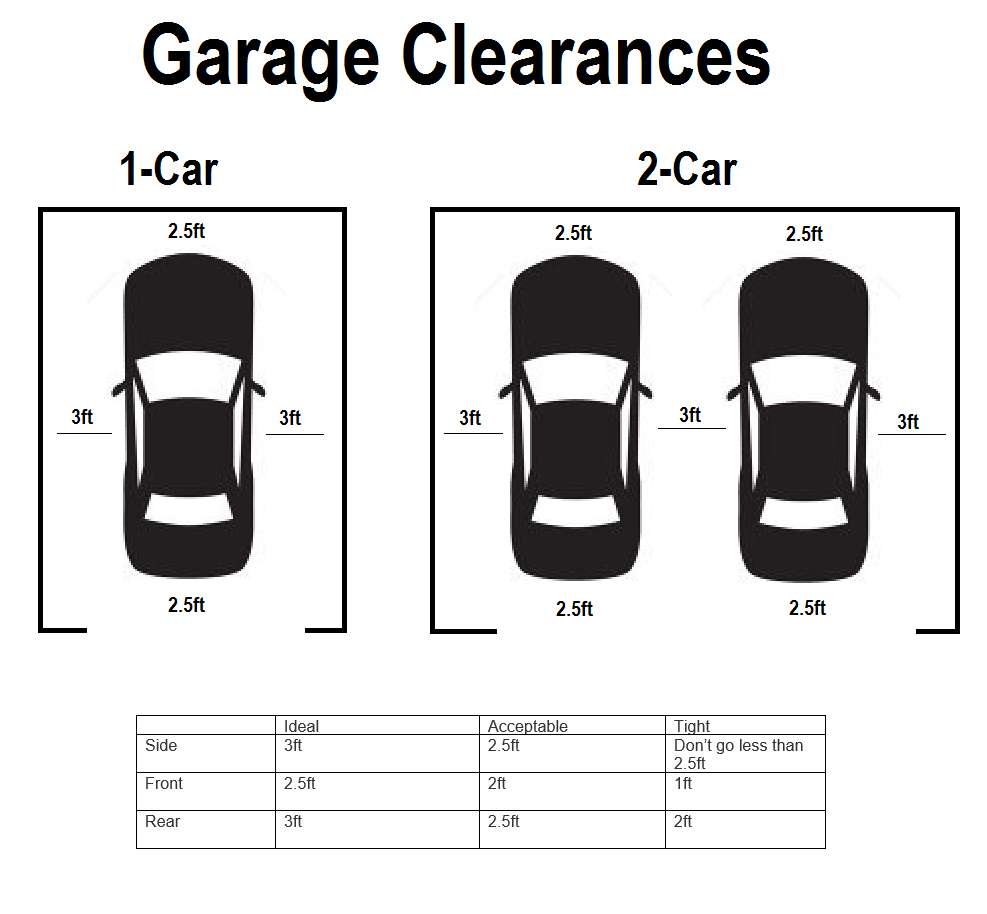 I have seen small lot development buildings that their parking garages meet code, but it is just too small to fit a normal size car. I’d start by considering your car size and the clearances you need around the car and comparing them with the standard garage sizes to see if they meet your needs.

SIDES: On the sides, you need more space for opening and closing car doors. 3 feet is plenty of space for the sides, in no circumstance would I go smaller than 2.5 ft. In a two car garage the space for opening car doors can overlap, because you don’t have to open both doors at the same time, so 3 feet is enough between each car. In a two car garage, if you are parking a larger car next to a smaller car, the larger car will have a larger door that requires more space, so keep that in mind.

FRONT: Unless you drive a sports car or an old VW Beattle with the trunk in the front, you don’t need much room in front of the car – I have seen as little as 1 ft clearance in front- with such a small space, you won’t be able to walk in front of the vehicle while it is parked. 2.5ft should be plenty of clearance for the front.

REAR: Since you use the trunk and most people park by pulling front in and backing out, the rear of the car will need extra space to clear the garage door and provide access to the trunk. 2.5ft is fine. I would never go smaller than 2 feet.

If you want garage storage cabinets on a wall, standard cabinet depth is 1.5ft to 2ft. Clearance should be 2.5ft-3ft, 2ft is going to be very tight when a cabinet door is open which means you probably can’t use them while a car is parked.

Have anymore questions about garages? Is having a garage important to you and you want to find a home that accommodates your needs? Contact me today by clicking the button today.