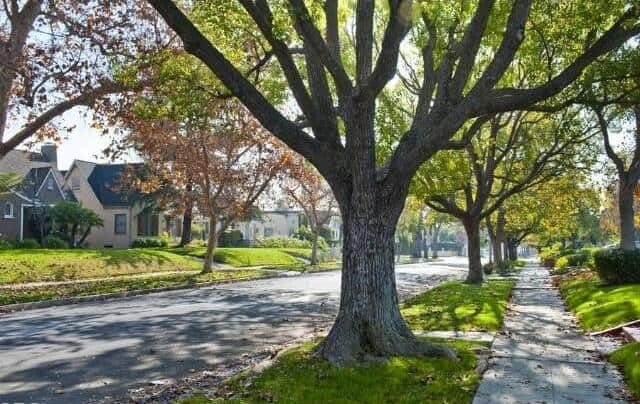 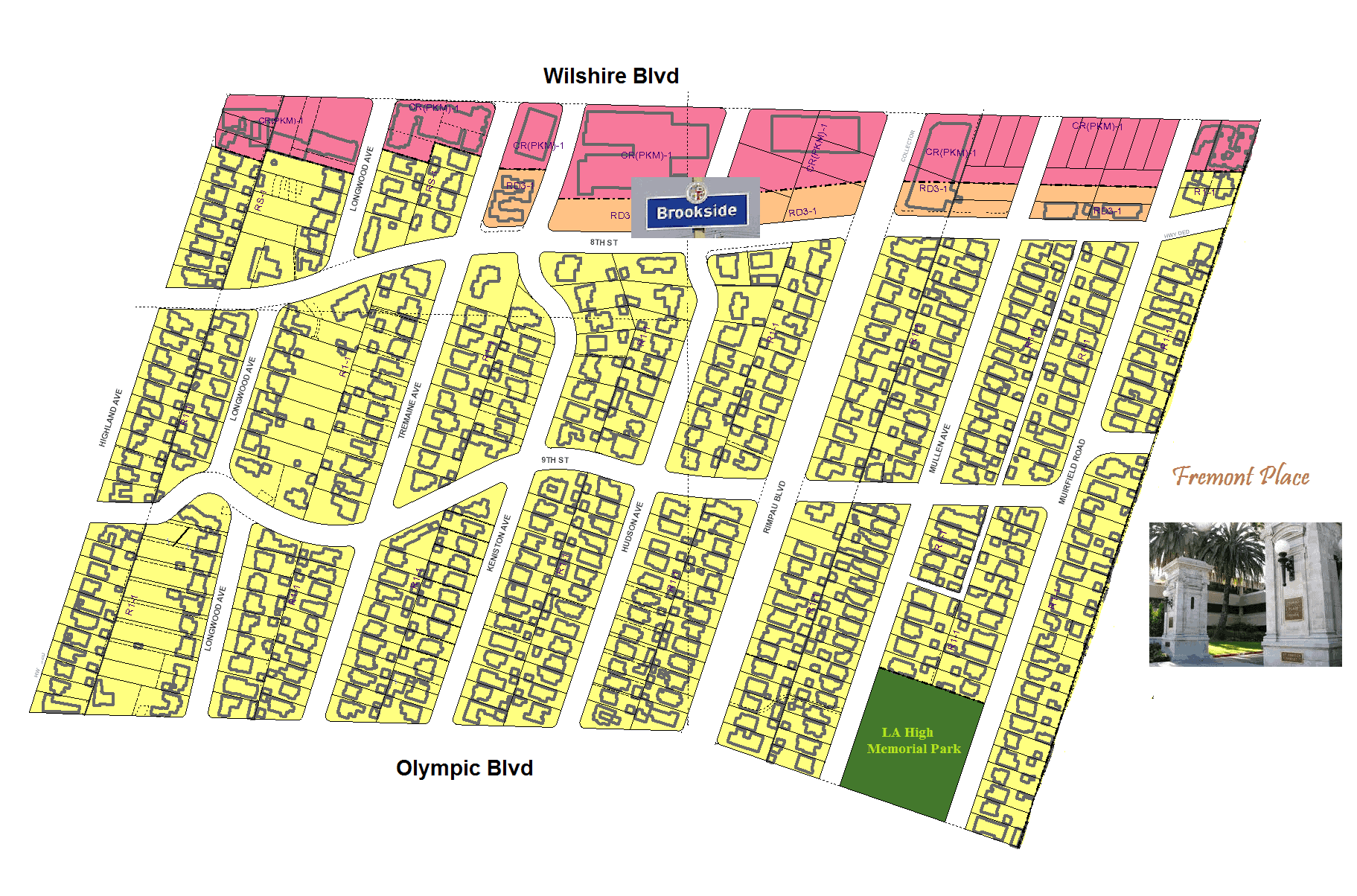 In the South East corner of Brookside is the pocket park LA Memorial High Park and Library which is across the street from LA High. Brookside is less pricey than its immediate neighbors to the North, Hancock Park, Windsor Square, and neighbor to the east Fremont Place. Brookside is a very convenient locale for downtown commuters.

Rimpau Estate Company originally developed Brookside in 1921 to lure wealthy LA families from West Adams. They named their development ‘Windsor Crest’ and it sold well even during the economic downturn at the time.

Brookside has a strong neighborhood council. 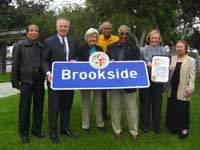 Founded in 1979, the Neighborhood Council named the community Brookside after the natural stream- the Rio del Jardin de las Flores- which winds through backyards of Longwood Ave. The river eventually joins with Ballona Creek. 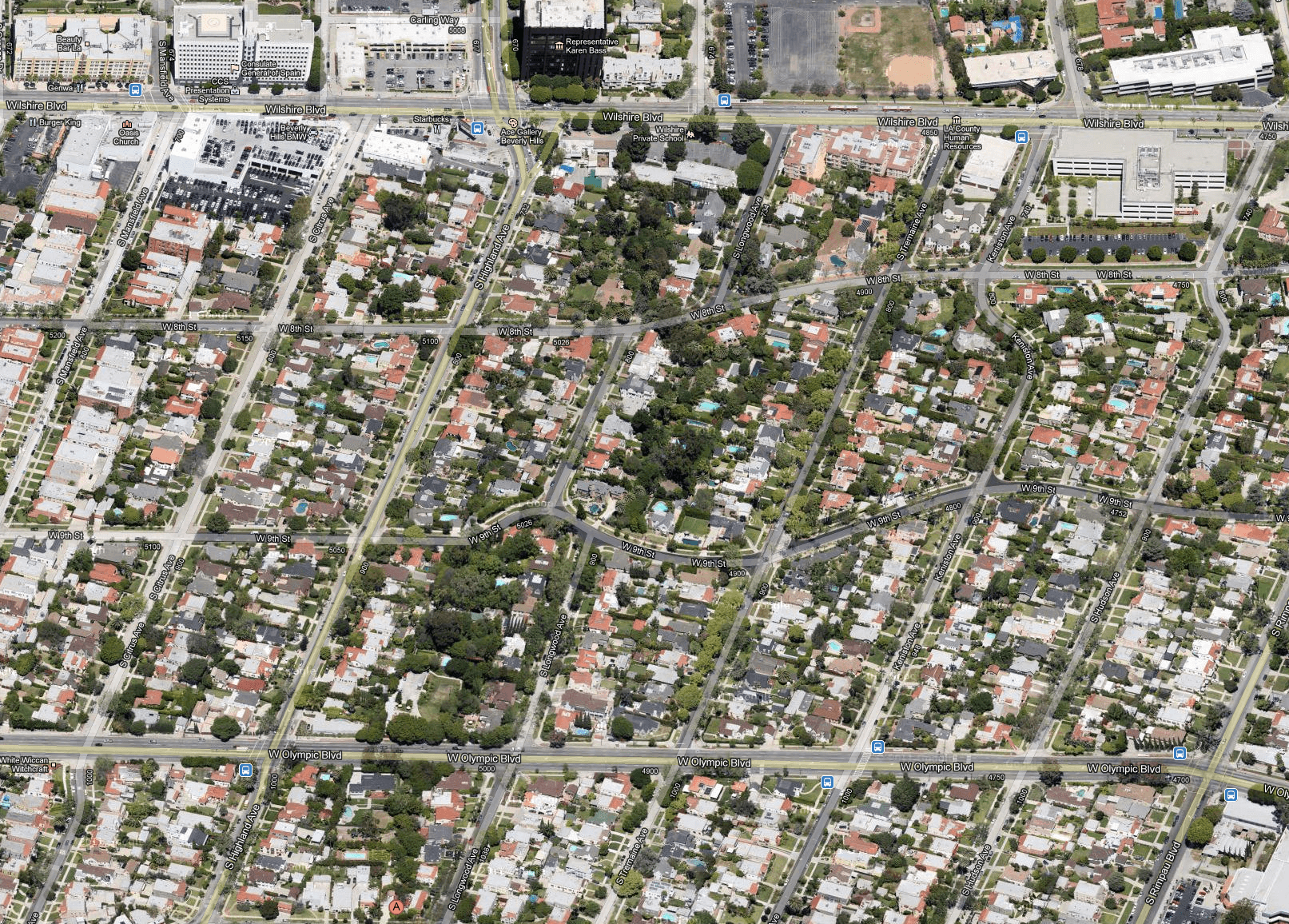 The dense trees indicate the streams path through longwood 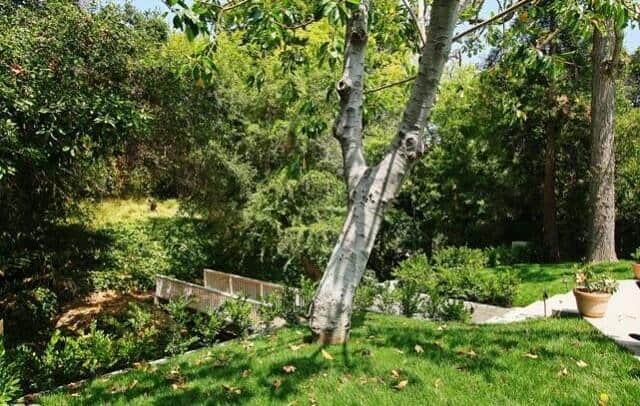 Backyard of a houes on Longwood, most houses have bridges.

There is an annual neighborhood block party each summer organized by the Neighborhood Council that features food, magic, carval-games, petting zoo and musical entertainment. 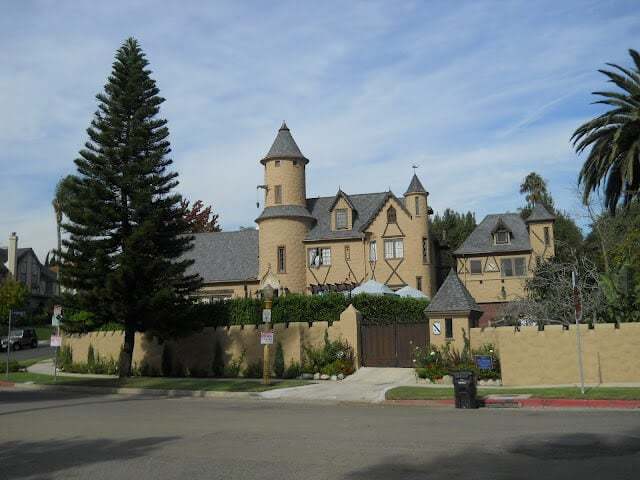 Chateau Le Moin is the most well recognized house in the nieghbhorhood. It is a Moorish-Style Scottish-influenced castle on the corner of Longwood and 9th.