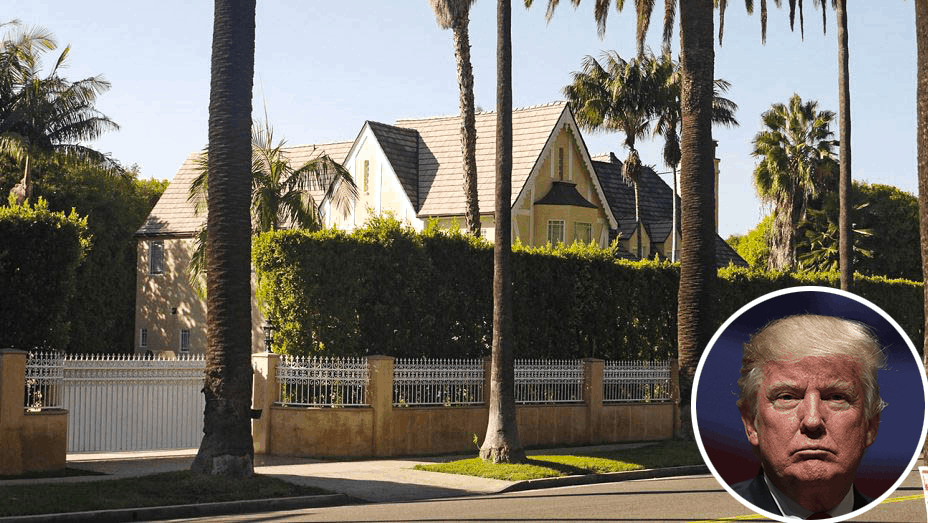 Donald Trump has always been a controversial figure. Not only is he famous for his perennial appearance on Forbes Magazine’s 400 Richest Americans list or his eponymous Trump Hotel Chain brand, and more recently his hit TV show The Apprentice, or his many daring business ventures over the years – some that have shot to the moon, and others such as Trump Airlines and his casino Taj Mah Hall in Atlantic City which has fallen flat- but more recently Trump has Trumped them all becoming the 45th president of the United States!

Being a die-hard New Yorker, most of his residences are on the East Coast or NY City. I have noticed that Trump has a preference for the classical design tastes in architecture. Trump bought his first Los Angeles home in 2007. The address is 809 N Canon Dr. Beverly Hills, CA 90210 which he bought for $7,000,000. This is a Home in the Beverly Hills Flats neighborhood very close to the Beverly Hills Hotel.

The home is 5,395 sqft on a huge 29,295 sqft lot. The home is certainly undersized for the lot, so I would expect it to be torn down or added onto at some point. The house is a yellow Tudor (odd color for a Tudor which are traditionally white with exposed half timbers) with 15-foot tall privacy hedges so it is very hard to see from the street. The house was a little dated on this inside from what I have heard. 5 Bedrooms 6 baths built-in 1927. In 2019, Trump sold the home off-market to a friend for $13,500,000. He rarely used it so selling the homemade sense.

According to city county records, the buyer is Hillcrest Asia Limited. It has become public that the buyer was Hary Tanoesoedibjo, a friend of the Trump family, and a personal business partner of the president. The two men hold a few projects together in Indonesia, Hary Tanoesoedibjo’s home country. Together, these projects would be worth over $500 million:

What was Donald Trump really doing in Beverly Hills?

While there has been some controversy about the sales price tag of $13.5 million- I think the buyer may have slightly overpaid at the time in the market, the land value is probably $10M-$12M alone- the question is how dated was the condition of the house which nobody is certain because it was a private sale.

The Trump organization didn’t release a formal reason for the sale but President Trump’s son Eric Trump spoke out on the matter as co-CEO of the company. He said that Donald Trump is busy right now, and even if he was not, it was not his favorite house. He didn’t seem to be using it much if at all. In recent years Trump has been traveling a lot to Los Angeles for meetings and fundraising as most presidents do. Whenever he comes to LA, he usually stays in a local hotel. So it doesn’t seem like he had much use for the house. 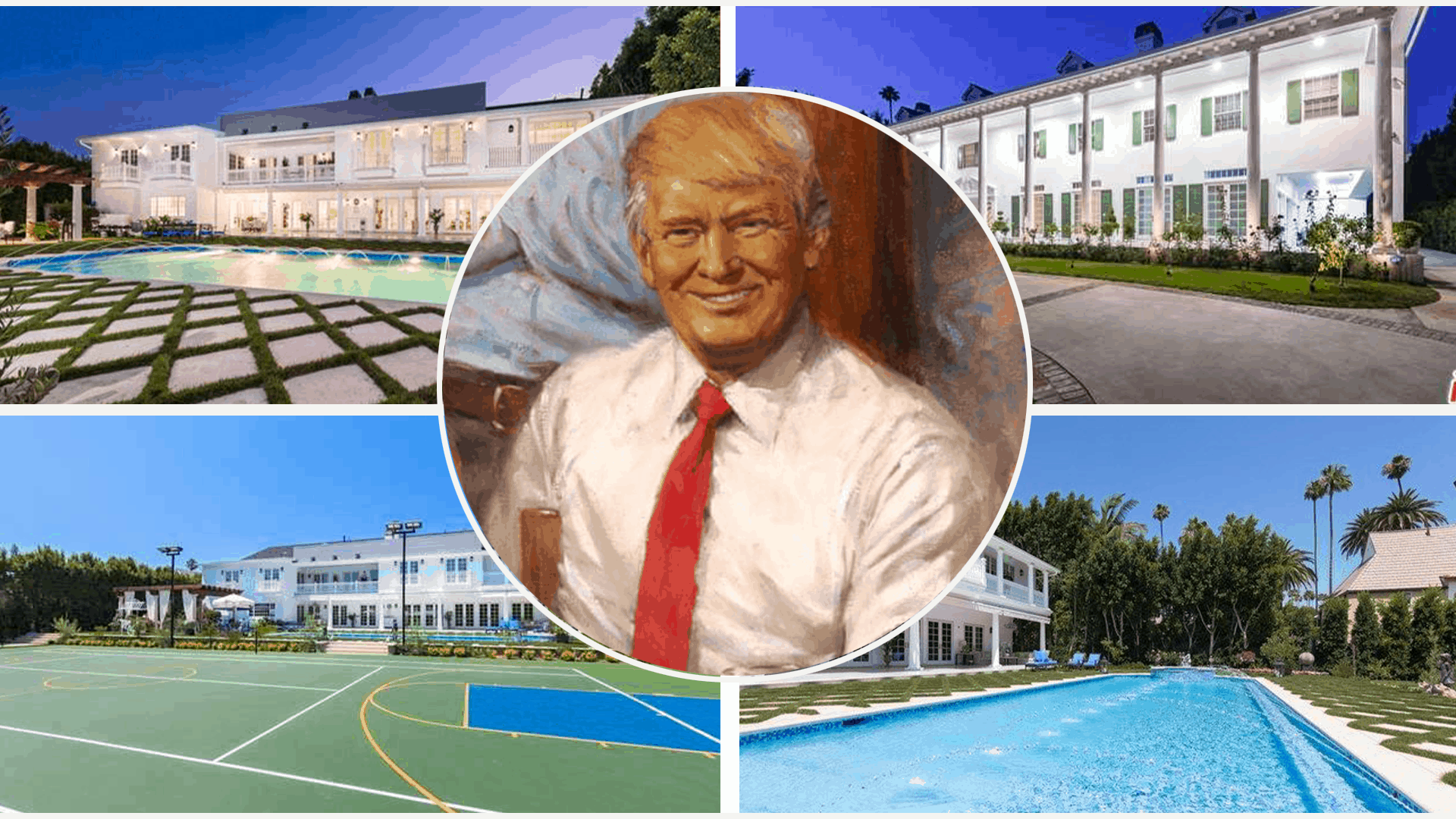 Trump bought another house very close by which was dubbed the “fake white house”. In 2008 he bought this Greek Revival Mansion (it vaguely resembles the white house although I think saying so might be a stretch!) for $10,895,000 and then sold it just one year later for $12,000,000. Property Records show it has 11 Bedroom / 9 Bathroom and 14,991 sqft of living space on a 30,974 sqft lot built-in 1981. Its exterior façade, supported by a dozen column Peristyle, vaguely resembles classical architecture the White House, so coveted by Trump. The home includes several lounges and dining rooms, a huge kitchen, a sauna, and an elevator. Those who appreciate luxurious decorations, white marbled floors, and other glittering chandeliers will surely be seduced. Outside: a lovely pergola, a swimming pool, and a basketball court.

As a politician he is controversial, but above all, he is a bold and ambitious entrepreneur who loves luxury more than anything else. To find out about it, all you have to do is have a look at his properties. Looking at Trump’s numerous possessions one can conclude that his fortune is a reflection of the so-called American Dream. Thanks to the family business inherited from real estate, the businessman has made a fortune in this field. He has always valued real estate and made it his business priority.

Donald Trump is at the head of a true financial empire that he is now using as his main electoral argument. Through his private conglomerate The Trump Organization, he owns:

The businessman is claiming to own 23 properties worth at least $50 million each. Since he started his career as a billionaire, he has done some very juicy real estate deals over the years. In 2008, for example, he sold a huge property in Palm Beach, Florida, which he had bought four years earlier for $100 million, more than twice the purchase price. Its current owner, a Russian billionaire, decided to demolish it.