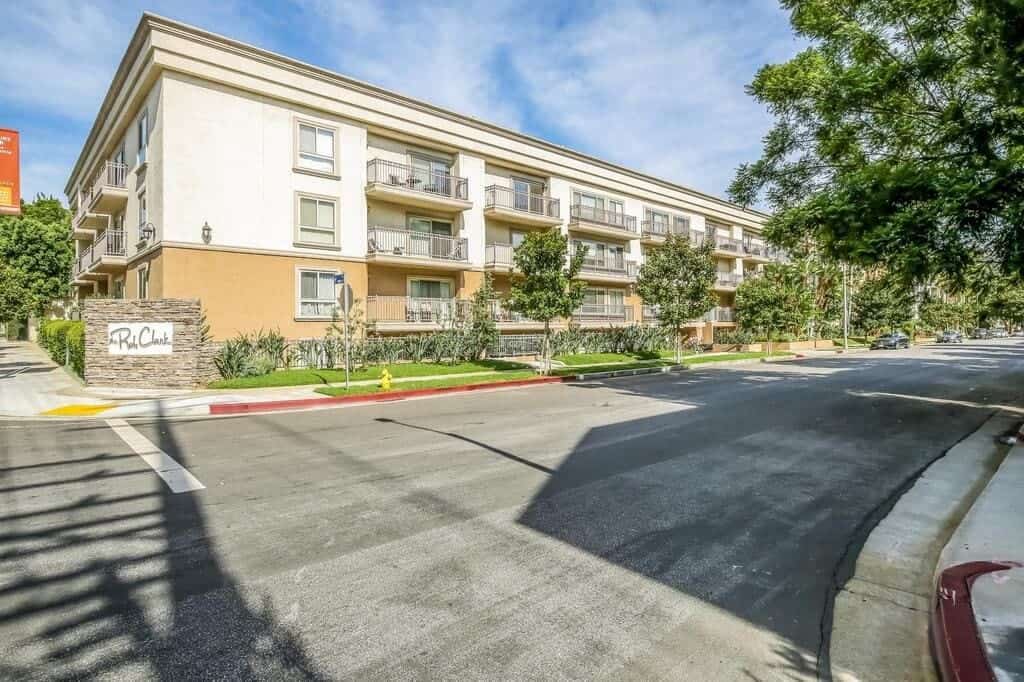 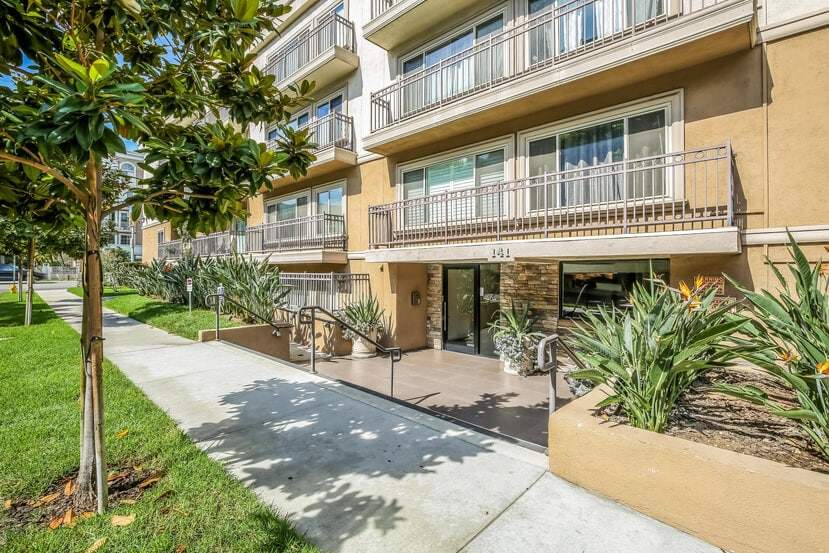 The Rob Clark is a fashionable and trendy 105-unit low rise condo in Beverly Center Neighborhood of Los Angeles (Rob Clark is not in the city of West Hollywood although West Hollywood is very close). Built in 1973, the building was converted to condos in 2007. Rob Clark Buyers love the remodeled kitchens, bathrooms, and real hardwood flooring, and other upgrades that were added during the conversion. Unlike a bunch of older buildings in the area, with condos in original condition, the Rob Clark doesn’t need one lick of work! Condos also have Central HVAC.

For Buyers looking for large condos, the Rob Clark may not be the best option because it’s condos tend to be on the smaller side, with the largest two bedrooms being 950 sqft, and the average condo size coming in at 650 sqft.

A lot of owners in the Rob Clark are energetic professionals who are busy and on the move, so they don’t spend a lot of time at home (in fact they travel a lot as well). These owners don’t want to pay for space they don’t use, and would prefer to trade a larger space for better condition. They have zero interest in taking on a renovation project.

However, designing their condo’s interior is a whole ‘nother story. Buyers tend to have a strong sense of their own personal style and enjoy decorating and redecorating their Rob Clark condo. The building has a very landlord friendly rental policy so many of these condos make great investments as well. It’s like living in a hip boutique hotel.

In addition to offering very affordable prices for the condition and area, the building has low HOAs and a totally awesome gym!

Finding a walk-able location in LA is hard to find in this city but Rob Clark offers a walker friendly convenient location. Cedar Sinai Hospital, the Beverly Center Shopping Center, the design district of West Hollywood, the high end retail and restaurants of Robertson BLVD, and the restaurants and cafes of 3rd Ave all within walking distance make this a walkers paradise.

5 Minutes to West Hollywood and 5 minutes to Beverly hills. There is a great restaurant Lemonade that hits the spot for lunch, and Beverly Hills Bristol farms, although the Whole Foods and Pavilions of West Hollywood although slightly further away will probably have a stronger draw.

I really like Joan’s on Third for brunch, and there is both a Starbucks and coffee bean at Robertson and Beverly so you can pick you favorite spot to get a latte.  Toca Madera is a popular local watering spot that is great for some nightlife.

In the Beverly Center is the Pacific Theater, which is great for watching an academy award contender, summer blockbuster, or whatever kind of cinema you are into.

Condos in the Rob Clark are single story floor-plans. A big selling point for the building is CENTRAL HVAC. Not every property in this price range and area have it. The Galley Style Modern Kitchens of the condos feature an open concept with a seating area on the other side of a massive quartz counter top with room for stools. The condo’s Kitchens came equipped with new Stainless Steel Frigidaire Appliances.  In the kitchen, there is a European style all-in-one washer/dryer unit laundry solution. For those that prefer traditional laundry- there is a community laundry room off the lobby.

I love the very rich looking dark engineered Hickory Floors. They run throughout the living room AND bedrooms. In the living room is a floor to ceiling gas chiseled white Quarts fireplace, that adds a bit of pizzazz. Bathrooms have combo tub showers with glass sliders and aquamarine glass tile. Bedrooms have an excellent walk in closet.

Turnover 7% (about 6 a year or one every two months) 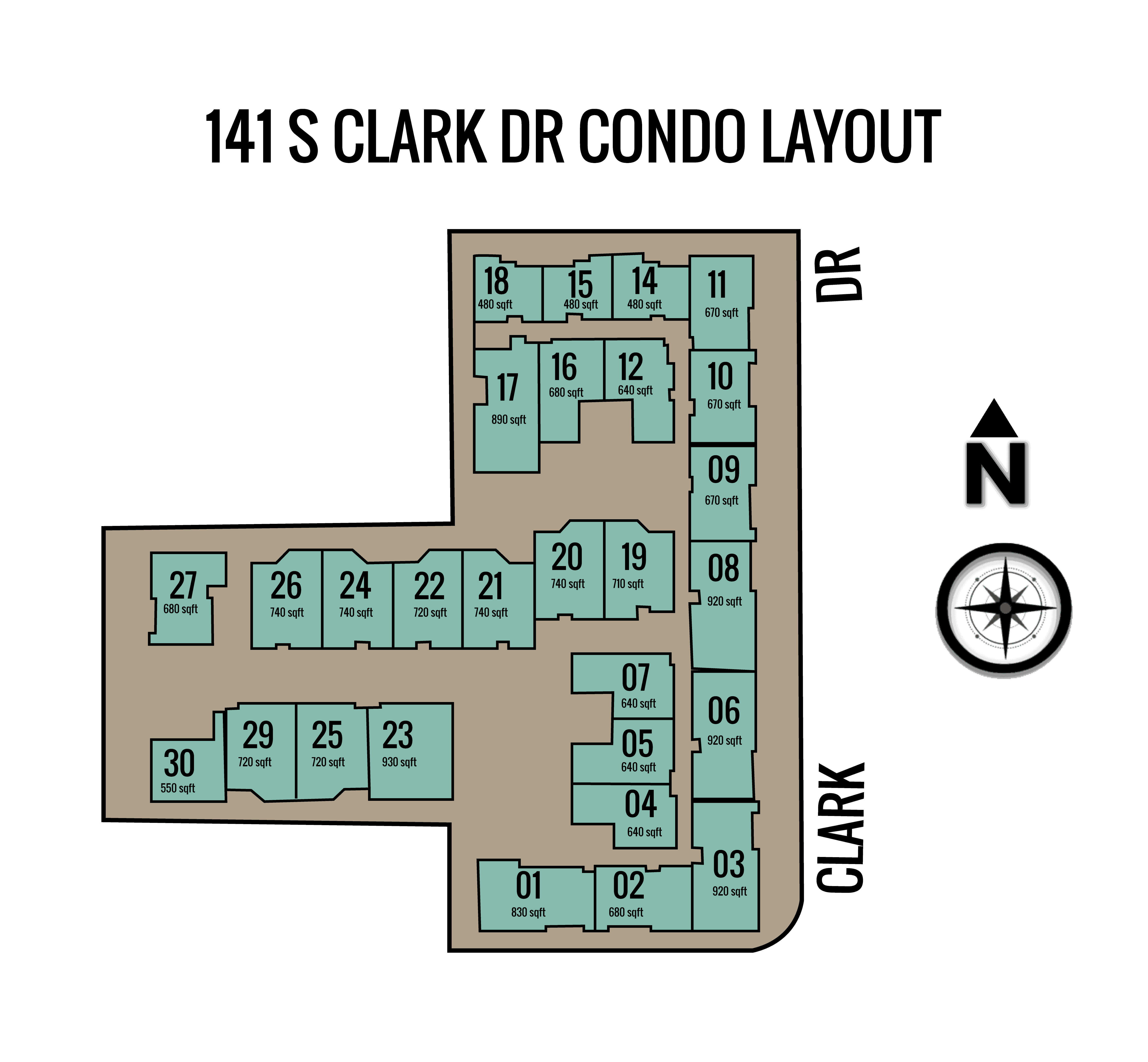 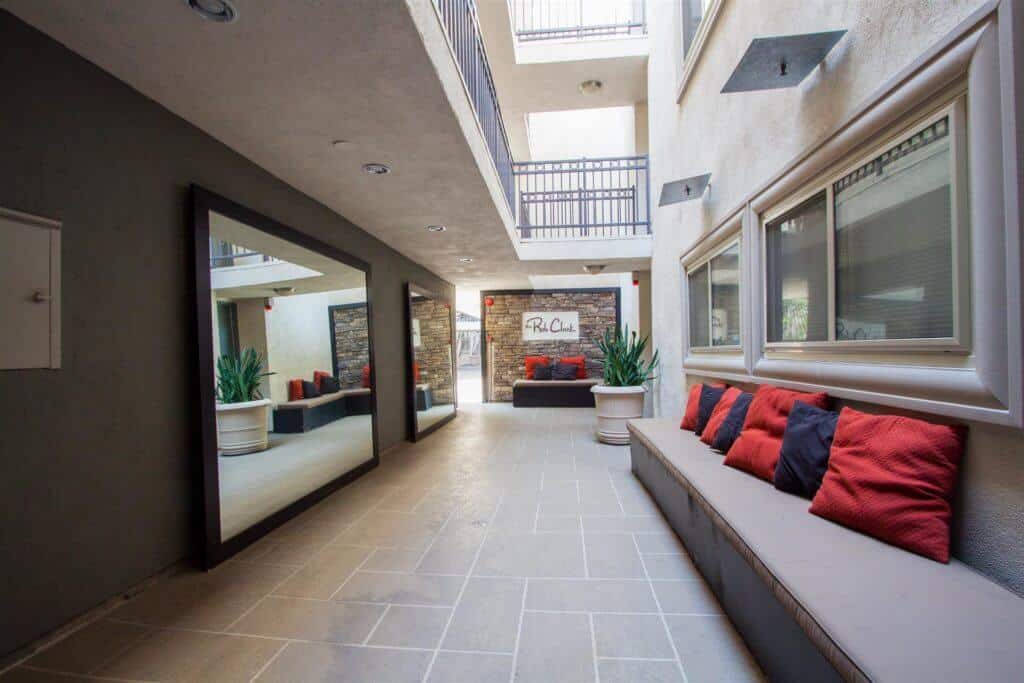 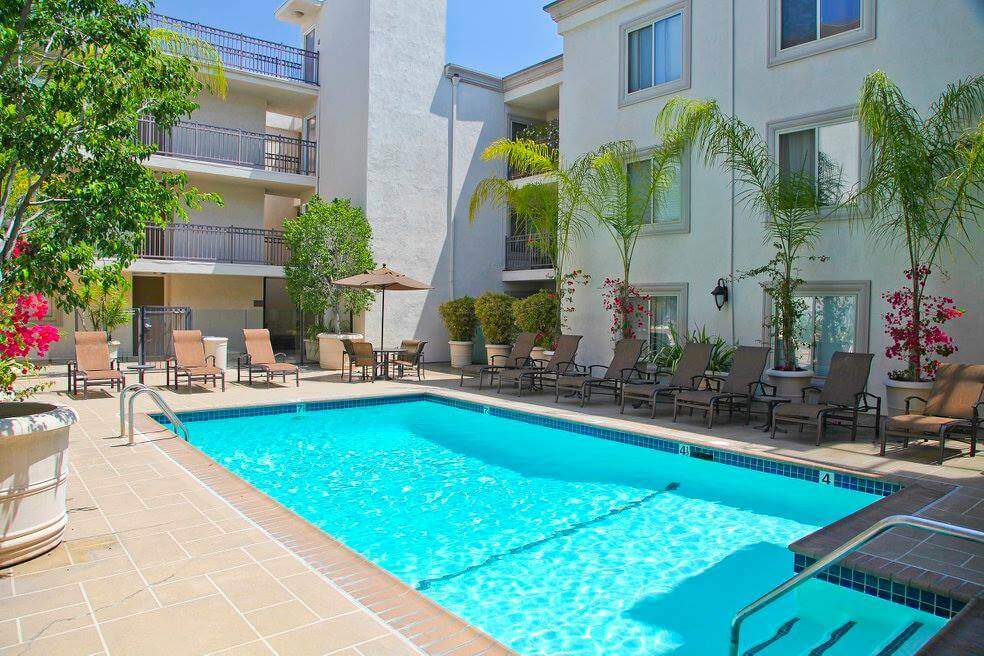 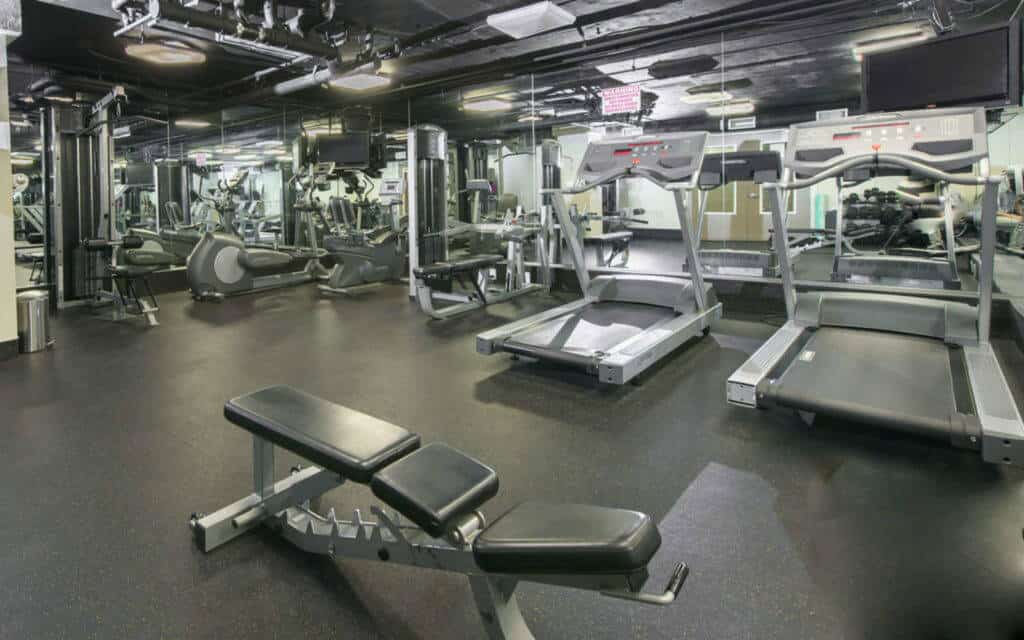 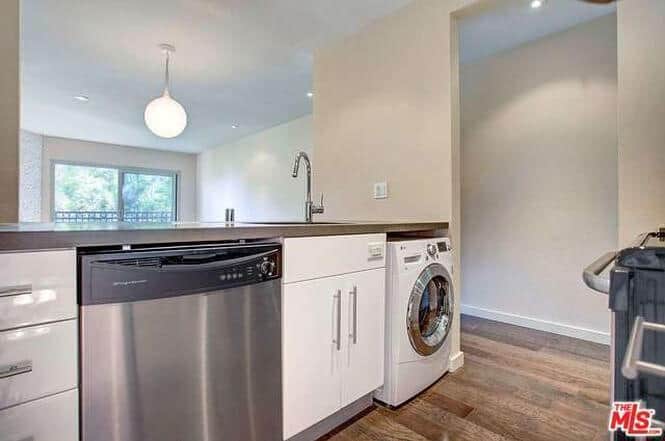 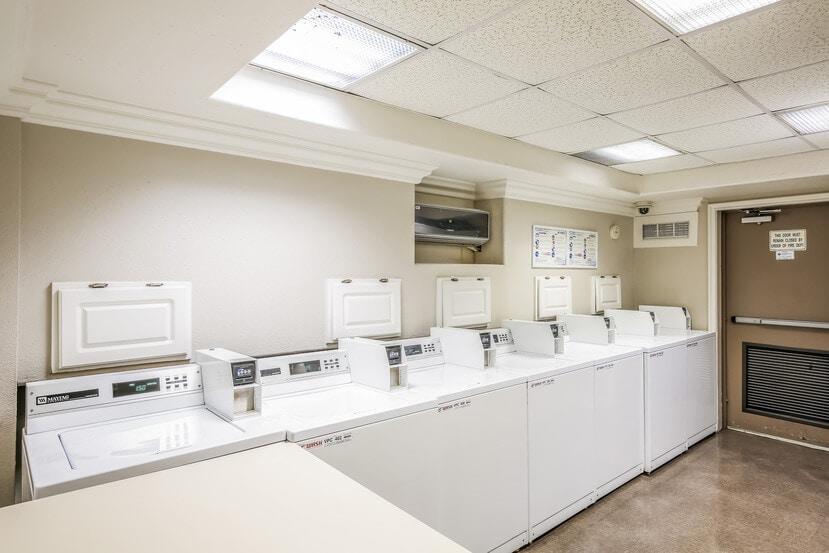 Each condo has a European style all-in-one laundry unit in the kitchen. In addition to this, there is Community laundry room.

How much are The Rob Clark condos HOA Dues?

What do the HOA dues at The Rob Clark cover?

Are there any special Assessments?

What is the Pet Policy at The Rob Clark?

What is the Rental Policy at The Rob Clark?

No AirBnB. Otherwise no restrictions.

Are there any Special Move in Instructions?

Can you have a BBQ on the Balcony?

Who is the Property Management Company?

To view the incredible apartments at The Rob Clark, please call (310) 388-7332 or click the button below to get started.