Albert Starr Spaulding was born January 23, 1866 in Springfield Illinois. His father owned a garden nursery in Illinois and Albert helped when he was younger with the family business. The nursery specialized in apple trees. Albert married when he was 24 to Nellie Locke and they had seven children. 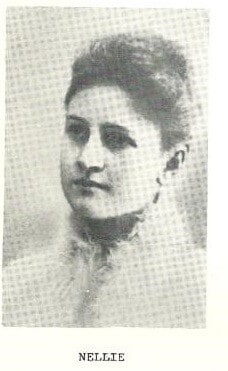 Albert ventured out on his own after they married and started two banks in Nebraska but left shortly afterwards because Nebraska was too “Wild West” for his family. He moved back to Palantine Illinois and started a new bank there but lost everything in a bank panic. For a brief stint Albert was a conductor on a street car (no doubt this experience would prove useful to him in the eventual development of Spaulding Square).

In 1900 Albert moved the family to Fort Collins. He bought a large 60 acre parcel to run a plant nursery business. After losing his six year old daughter, Isabel, to typhoid fever in Fort Collins- he decided to move the family back to Illinois. Albert had a difficult time finding a buyer for the large parcel that he had used for his nursery and a friend suggested that he subdivide the property into residential lots. Albert did and was able to sell them. This was his first real estate development deal. When Albert moved back to Springfield he bought several estates and subdivided them into residential lots for a tidy profit.

In 1908 Albert and Nellie moved the family again out west to Long Beach. Nellie passed away shortly after they arrived during childbirth. Albert was devastated, Nellie left behind six children.

In 1909 Albert moved the family again from Long Beach to Hunting Beach. Albert met a beautiful piano teacher named Pearl Byer Stoner there who became his children’s piano teacher. They were married shortly afterward. They had another four children together. 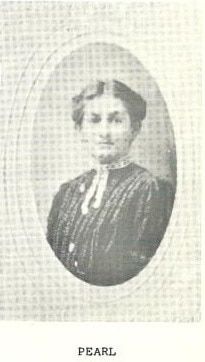 They were happy together for ten years while they lived in Pasadena on Hill Avenue and then Later 1271 N. Chester Avenue, until Pearl became ill during the 1919 flu epidemic and passed. This really broke Albert’s heart. He wasn’t the same afterwards.

Spaulding Avenue in West Hollywood/Miracle Mile is named after Albert, and Genesee was named for county in New York that Albert’s father lived.

Later in his life, Albert developed 1440 acres of land in Big Bear that he bought from Talmadge brothers who were cattle ranchers.

Albert was a devout Christian and was a generous donor to charities. Albert also enjoyed singing Hymms.